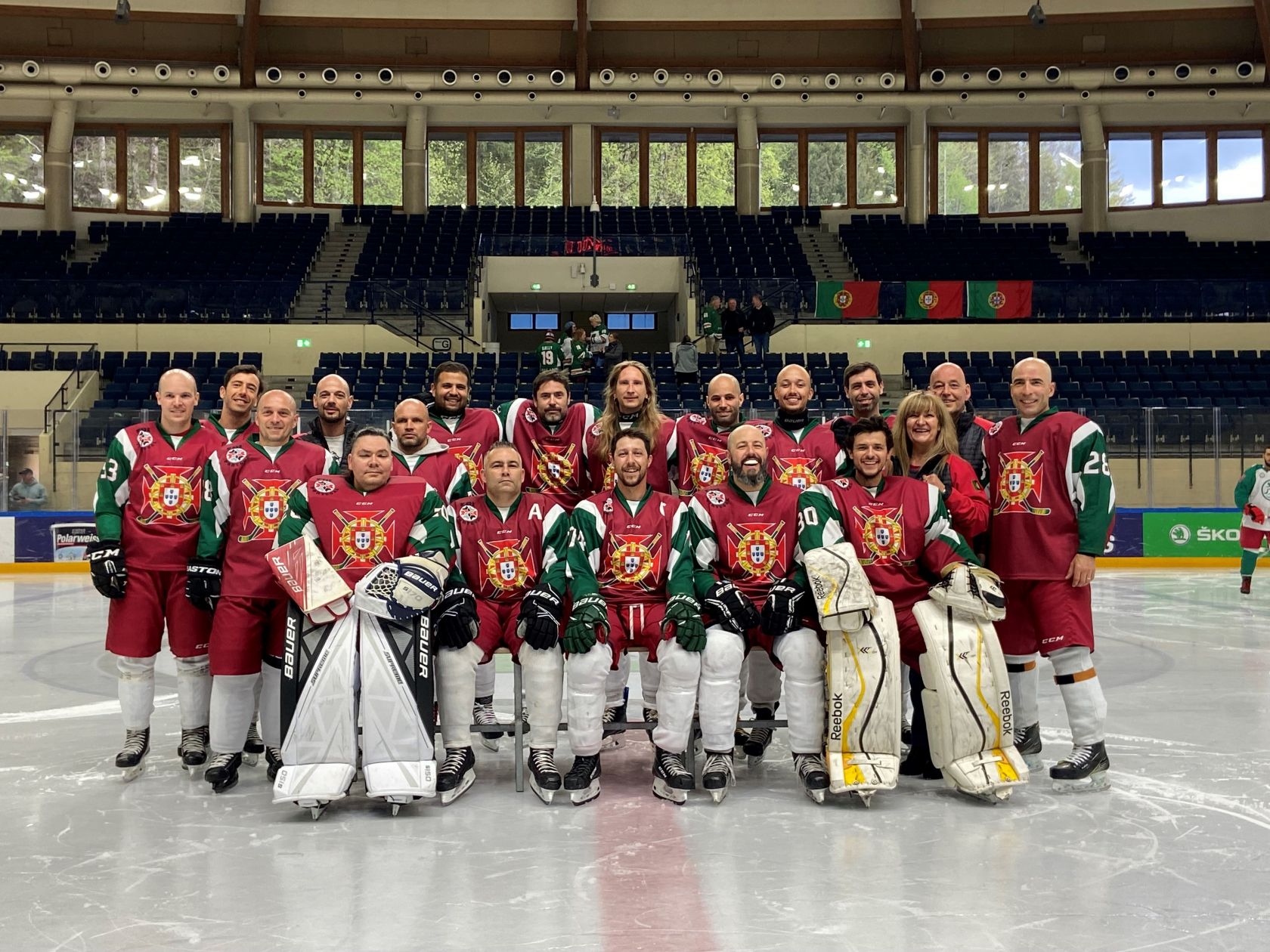 Portugal on ice! – News from Portugal

Head coach and former AHL player Jim Aldred and Cristina were hired by the FDI-Portugal in 2019 where they pioneered the development of ice hockey in Portugal and the national ice hockey team is now an associate member (in good standing) of the International Ice Hockey Federation (IIHF).

The coach, Jim Aldred, is Canadian and was born in Toronto, and told me he started playing ice hockey at just four years old, then he played in the GTHL, OHL, AHL, and has was drafted by the Buffalo Sabers in the day. In 2016 Jim and his wife moved to Torres Novas in Portugal, “My wife is Portuguese and her parents were moving back to Portugal so we decided to move here to be closer to help her elderly parents. Portugal is a beautiful country , but my love is ice hockey and i got kinda bored with nothing to do after the beach season ended so i started reaching out to see if anyone was playing ice hockey at the Portuguese”.

Coach Jim was lucky as he found a group in Sintra who practiced ice hockey using inline skates and during the winter months played on pop-up rinks that you usually see on the Christmas markets in different shopping centres. Jim added: “Probably the biggest rink at the time was the one at a bullring rink in Elvas, which wasn’t an official size rink, but it was bigger than the pop-ups and we were able to practice there.”

Jim explained that “Since we started it’s come a long way, it’s taken a while to get things organized, especially since my love is ice hockey and they were playing online. I played with them a few times and then everyone started to get into the groove.

He began to organize bi-weekly training sessions, a hockey camp in Spain, teaching the drills, skills, rules of ice hockey and ice skating during the Christmas season in the “pop-up” temporary ice rinks. malls and registering the team for tournaments. Jim also highlighted some highlights since arriving in Portugal where the national team played in the IIHF Development Cup in Andorra in 2017 where the men’s national team brought home bronze medals. They did even better in 2018 by winning silver.

Since last December, coach Jim has been holding regular training sessions at the Serra da Estrela Ice Arena in Covilha, where he and his wife have resided since 2021. He introduces children to learning to skate, ice hockey, crossovers and handling of the stick. . Speaking of this, Jim claimed that the future of ice hockey in Portugal and in any country is the children. If you don’t have young people to become ice hockey players, there will be no future in this sport. Girls and boys need to start at an early age, get them on the ice, form teams and keep them involved. 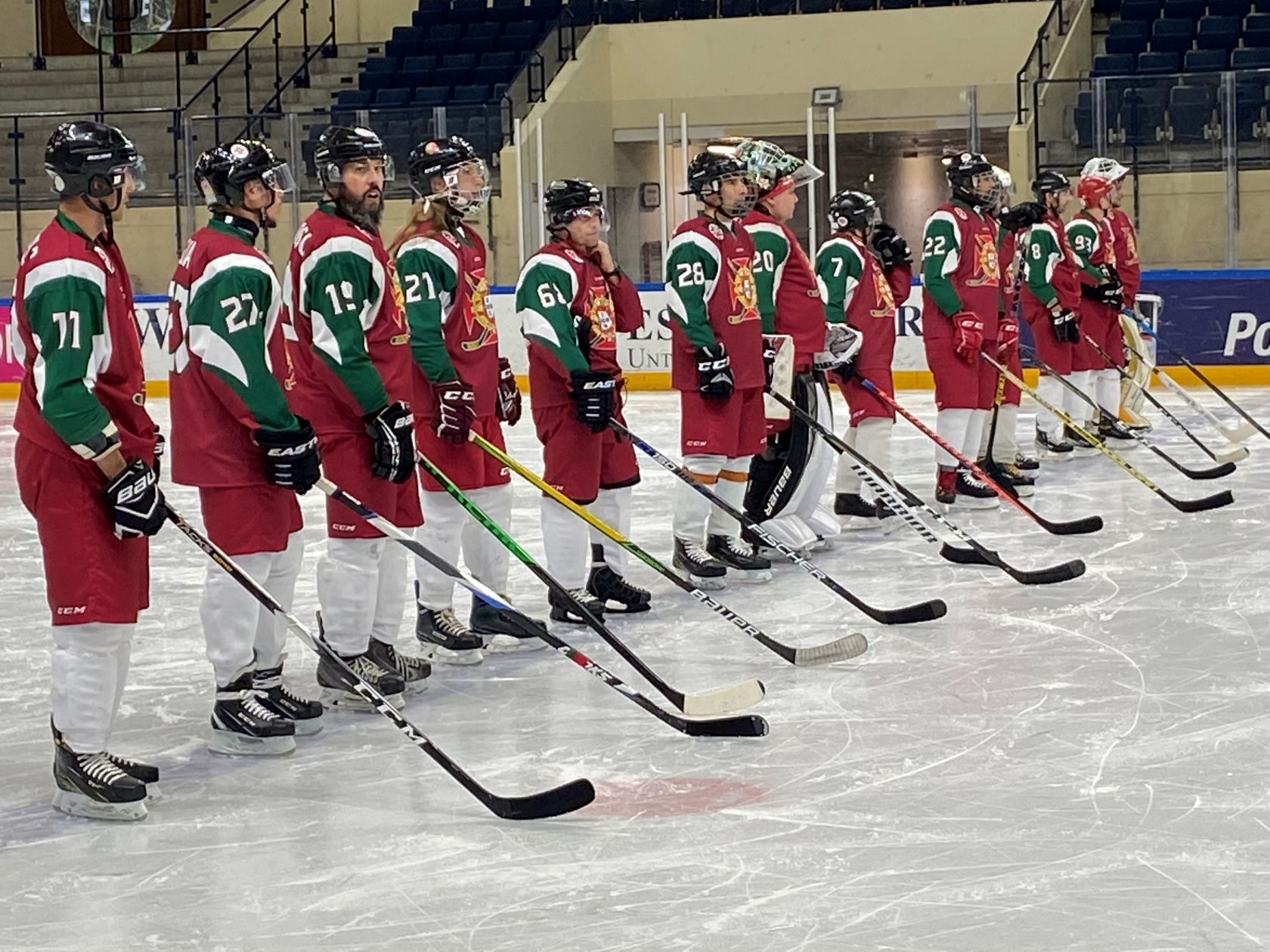 Jim confirmed the reaction has been positive “We have around 20 interested boys and girls playing the game where we are taking them to Majadahonda (Spain) to play with children who have access to ice rinks every day there. We are reaching out to schools across the country to generate more interest. We also have “a lot of expatriate families who contact us and want their children to continue playing this sport that we all love”.

Coach Jim told The Portugal News that not having a full-size ice rink has been a big challenge because you need it to play the sport and develop, adding that it’s like stepping out of a golf cart to a Hummer. Jim then revealed some very exciting news in that the Winter Sports Federation (FDIP) is working hard to acquire the first official size ice rink in Portugal in which they are focusing on the Lisbon area. Jim couldn’t say the exact timeline, but said they hoped it would happen within the next two years, further adding that “the pandemic has stopped the process, but it’s back on track, the future of ice hockey depends on it!”.

Jim praises the Portuguese Winter Sports Federation, in which he explains that the biggest turnaround for ice hockey in Portugal came when the federation got involved in 2018. “I took the decision that to move forward in ice hockey in this country, we would need an established federation behind us. So, I give all the credit to our president, Pedro Farromba and our vice-president, Pedro Flavio. They made a great job supporting and promoting us in every way and we are moving forward thanks to them. 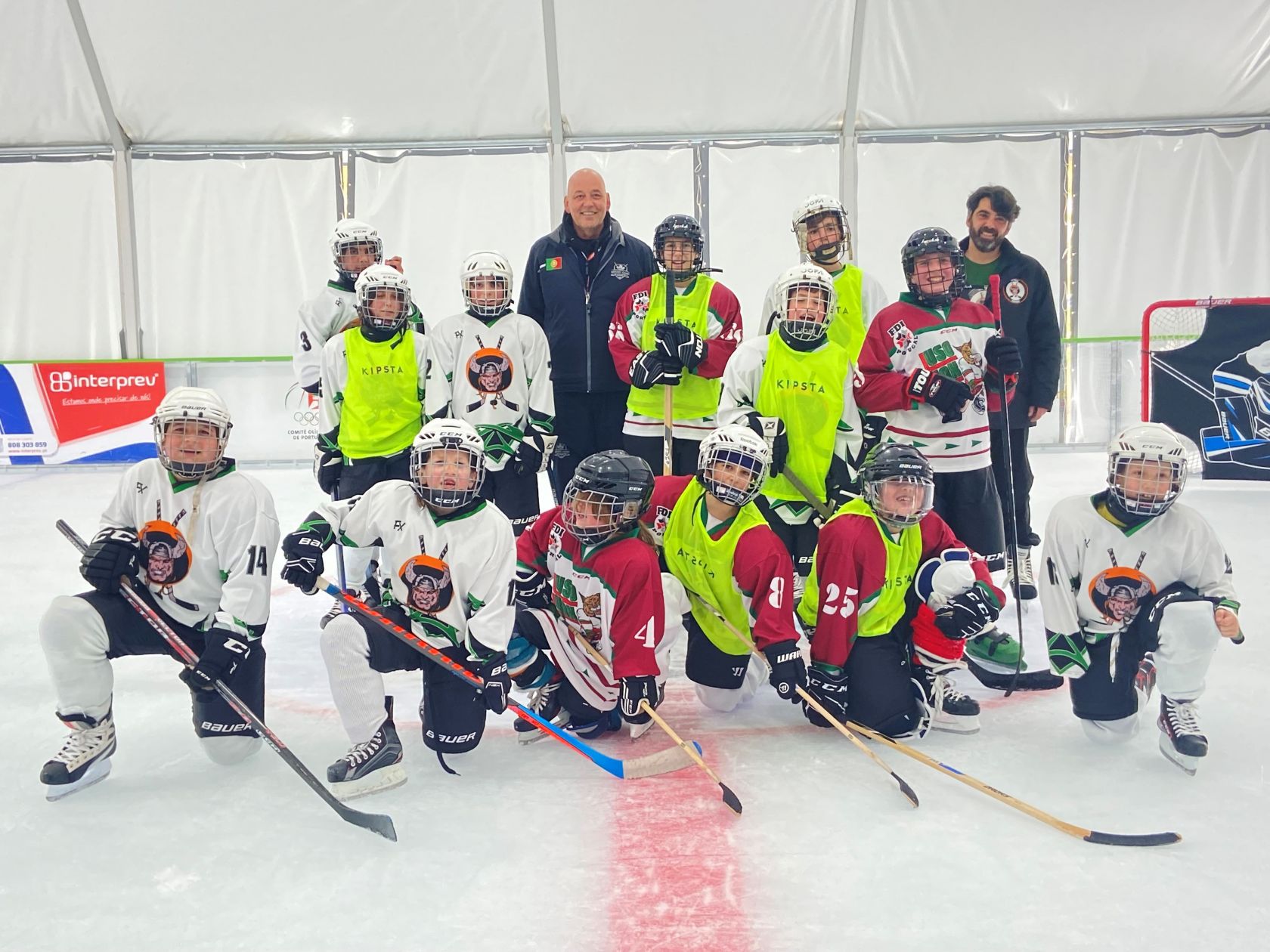 Most excitingly, Jim and Cristina created the Luso Lynx Hockey Club (in Sintra) becoming Portugal’s first official federated ice hockey team, which currently has around 25 registered athletes of all ages, some having represented the Portuguese team in the IIHP Development Cup.

Next February there will be a trial in Spain. If you have ice hockey experience, hold a Portuguese passport, meet the IIHF eligibility criteria and wish to win a spot on the national team, please email [email protected]