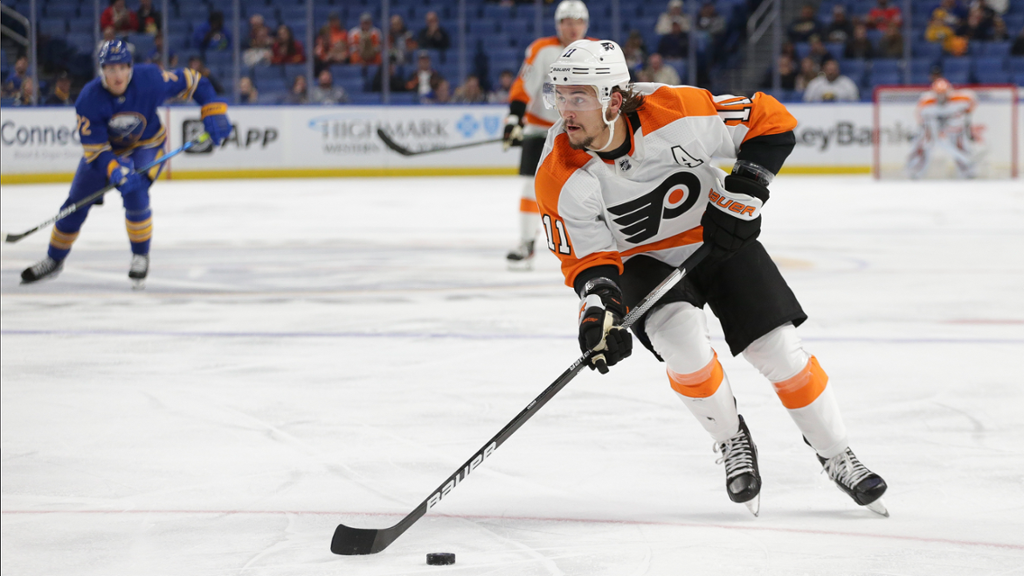 The Buffalo Sabers defeated the Philadelphia Flyers, 2-1, at KeyBank Center on Tuesday night. A pair of goals from Buffalo’s Brandon Biro made the difference. The Flyers fell to 1-1-0 in the preseason, while the Sabers improved to 2-0-0.

The teams exchanged goals in the first period. After Brandon Biro (1st goal of the pre-season) opened the scoring at 8:24 of the first verse, Travis Konecny (1st) responded out of the race at 2:42 p.m.

In the second period, Biro restored Buffalo’s lead at 8:57. The third period was scoreless.

Troy Grosenick played the first two periods in net for the Flyers with Samuel Ersson entry at the start of the third period. Grosenick stopped 12 of 14 shots. Ersson stopped all seven shots he faced in the final 20 minutes.

The seemingly ageless Craig Anderson started for the Sabers, going 30:02 and saving eight of nine shots. Malcolm Subban played the remaining 29:58 and stopped all 12 shots he faced.

The Flyers went 0-for-3 on the power play, including a missed two-man advantage. Philadelphia was 3-on-3 shorthanded.

The Sabers hit two posts in the first eight minutes of the second period, and the Flyers spent the middle stages of regulation struggling to clear their own zone and move the puck down the ice. Their luck ran out when Biro put the puck on the net and it passed Grosenick for what turned out to be the game-winning goal.

1) The Flyers set up a solid forecheck early in the period, but the stanza ended up being pretty even overall, including one goal per side, six shots on goal each and a 7-5 lead for Buffalo. There were no penalties in the first half.

2) Lukas Rousek backhanded a pass to Biron, who beat Grosenick with a shot upstairs to the short side just inside the left face-off spot. Grosenick was perhaps slightly out of his angle. Ilya Lyubushkin got the secondary assist.

Konecny’s tally saw him accelerate on a well-executed back-and-forth run. James van Riemsdyk picked up primary assist, while Frost got secondary assist. On the other hand, Konecny ​​crashed on the end boards after his goal and got up a bit slowly. He subsequently missed his final two shifts of the period.

Tweet from @NHLFlyers: 🚨 GOAL! 🚨TK turns on the jets and ties the score at 1-1. #PHIvsBUF pic.twitter.com/nZgDMmVAi6

3) The second period was a slop-fest from the Flyers’ perspective, and Philly was increasingly outplayed as the period wore on despite the shots tied at 8-8. Philadelphia was guilty of unforced turnovers, sometimes got caught staring at the puck, and struggled to move the puck. Also, the Flyers’ first power play of the game went nowhere. If the Sabers hadn’t hit two posts, the score in the second intermission could easily have been much worse than 2-1.

4) The Flyers’ best scoring chance in the second period came at 6:39. Frost earned a draw in the offensive zone to get back to the point clean and moved through the slot, where he swung a point shot onto the net. JVR was hiding ahead in case of a rebound but there was none.

A 38-foot shot from Biro passed Grosenick at 8:57 for his second goal of the game. Alex Tuch, who passed the puck to Biro, skated towards the net. He didn’t deflect the puck, apparently, but at least provided partial screen. Henri Jokiharju was credited with the secondary assist.

The Sabers got the game’s first power play at 1:37 when Frost was called to cross-check rookie prospect Matt Savoie just outside the Flyers’ defensive zone. The Flyers killed the penalty in good form. At 5:46 p.m., Zack McEwen caught a clinging miner on Skinner keeping his feet moving. The Flyers struggled to get anything on the man advantage.

5) The Flyers let a long two-man advantage slip away early in the third period, generating just one routine shot on goal. Third-period shots on goal were 7-7, but the Flyers only had one Category A chance; a good look at the net from below the right circle in Noah Cates. The most encouraging sign of the period was a very clear 20 minutes in goal for Ersson.

Parents worry about ‘separate’ roller rink event that included some schools, not others