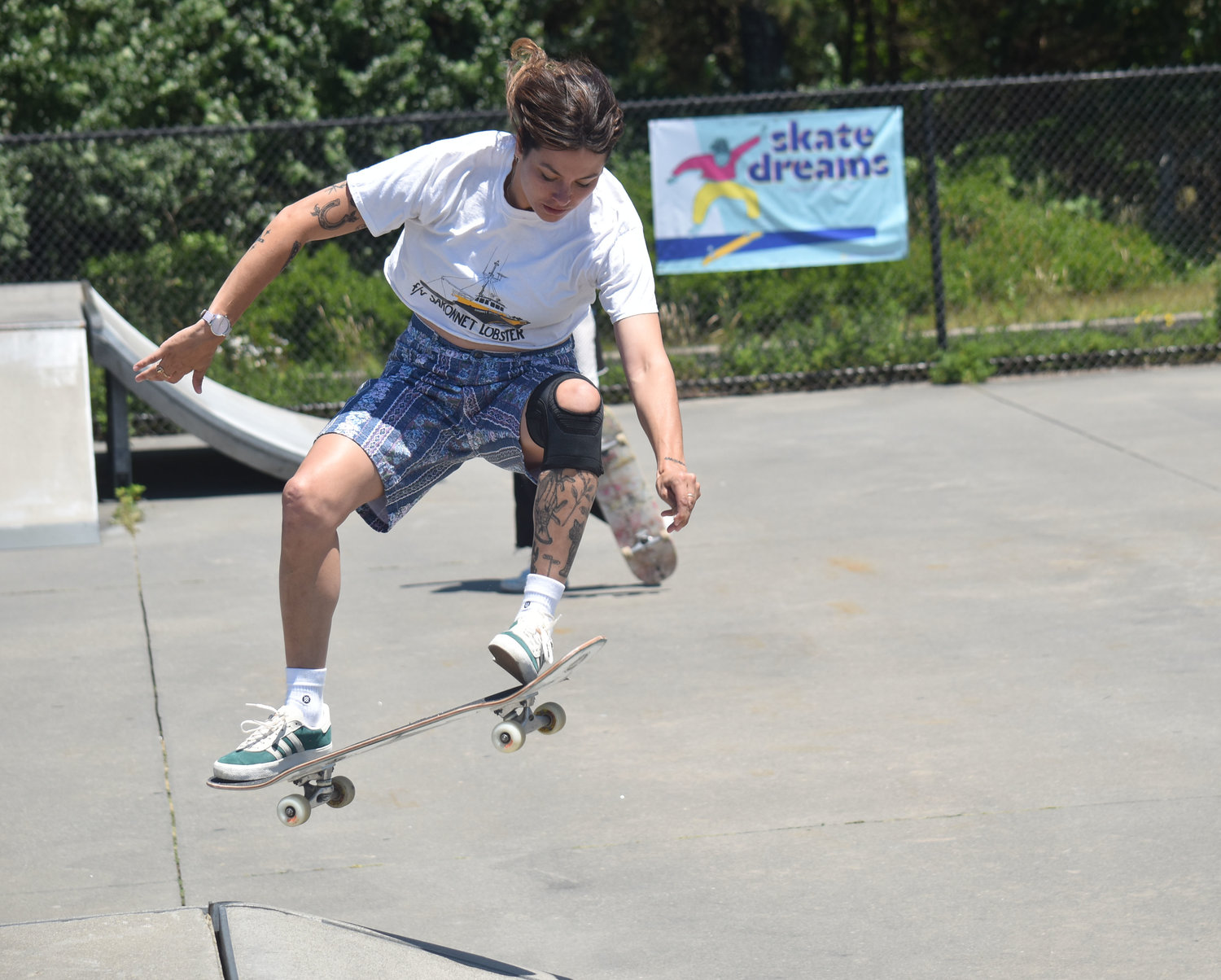 (June 25, 2022) One of the world’s top female skateboarders took her skills to Nantucket Skate Park on Saturday afternoon as part of the Nantucket Film Festival Skate Jam.

Nora Vasconcellos has toured the skate park several times and was lucky enough to see local skaters showing off their moves at this family event.

“I think Nantucket needs and deserves a little more attention to its skaters, so it was really fun to see the kids hanging out and whether you’re a local skater or it’s your first time. see the skateboard, I think it was really fun. The kids were thrilled,” Vasconcellos said.

The event also featured several giveaways, with at least 10 new skateboards given out to children in attendance.

“We also have to give them to people who are on their first skateboard, so it’s super exciting, kind of lighting that lights up,” Vasconcellos said.

She said her family had visited Nantucket several times since she was a child, but Saturday was her first chance to skateboard on the island.

“It’s so great that they have space and I know a lot of small communities don’t have skate parks,” she said. “It’s really great that the whole process is starting, parks are being built and maintained, it’s super cool.”

Born in Pembroke, Vasconcellos moved to California in the summer of 2012 to pursue a career in skateboarding. She then became the first professional skateboarder signed by Adidas in 2017 and has since witnessed an explosion in women’s skateboarding, especially since the onset of the COVID-19 pandemic.

“It was crazy,” Vasconcellos said. “Women’s skateboarding and non-binary skateboarding is definitely the fastest growing group right now and it’s so cool to see people engaged, learning and joining the community. It’s kind of the best time to to be a skater, that’s for sure.

In order to continue this growth, Vasconcellos said she hopes local governments will continue to dedicate more resources to skateboarding, noting that in many communities the skate park will be full most days, but a baseball diamond or football might only reach these same attendance levels once or twice a week.

“I think it is very important to take into account the frequency of use of this space. It’s such a versatile space and much more welcoming than many other community projects,” Vasconcellos said.

Later that day, Vasconcellos and director Jessica Edwards attended the Dreamland screening of “Skate Dreams,” Edwards’ film that chronicles the growth of female skateboarding from near obscurity in the early 1980s to inclusion in the 2020 Summer Olympics and features Vasconcellos and other top skaters.

“Culture has always sort of surrounded itself in the world of skateboarding and music, so it’ll be cool for people to see the story of what happened and how far we’ve come in just a few years,” Vasconcellos said.

Chama villagers gather to spend a week without water | Environment