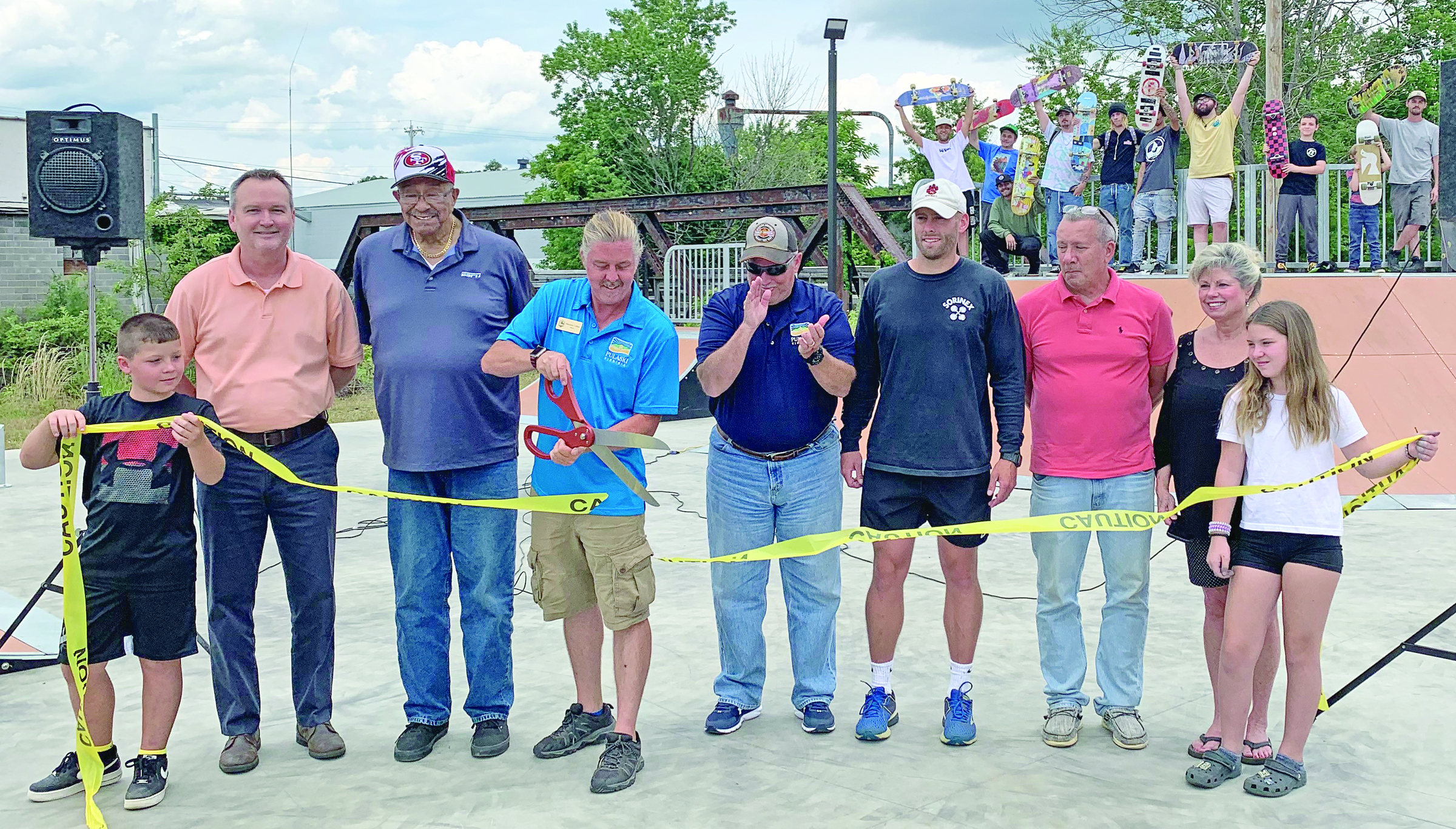 After years of cleanup, prep, and fundraising, Pulaski’s new skateboard park and basketball court are open.

Giving the park multiple names was the brainchild of Councilman Jamie Radcliffe.

“I wanted to name the parks after people who have spent their lives working in the town of Pulaski,” Radcliffe said. He predicts that the city will rename the parks every “two or three years.” Radcliffe suggested the first two names.

An Army veteran, Penn was an Army Airborne Ranger and previously worked at the Port Authority of New York before returning to Pulaski.

“Born and raised in Pulaski, Penn has spent much of his adult life serving the public outside of the county,” Collins said. “We are going to dedicate the basketball court in his honor.”

Also born and raised in Pulaski, Akers was a local wrestling and football coach and a graduate of Radford University.

“He forged strong relationships with young athletes in the community and influenced a generation of young Pulaski,” Collins said, noting that Akers tragically passed away in 2013 at the age of 30. “We will dedicate the skate park to his memory.”

According to the city, the main challenge in realizing the park was preparing the location.

The site was the location of Pulaski Foundry in the late 1800s and later became the General Chemical Company until the 1950s. During the 60s and 70s different companies occupied the space until the last building on the land fell into disrepair in 2015.

Following the end use of the property, grant funds were used to remove the contamination and prepare it for recreational use.

“As a result of these discoveries, we applied for and received a grant from the Virginia Brownfields Assistance Fund (VBAF) to clean up this site,” he said. This cleaning required the removal of debris and the top layer of soil. “Thanks to a grant from the Environmental Protection Agency’s Brownfields program, cleaning up this site would have cost over $400,000,” Collins said, noting that this does not include equipment installed on the concrete slab.

“This facility was made possible by federal funds through the American Rescue Plan Act (ARPA)” resulting from the COVID-19 pandemic, he explained.

According to Collins, ARPA funds accounted for the design, materials, and installation of equipment in the park. “The skatepark and basketball courts here today took years of work and over half a million dollars in grants,” he said.

“It was one of the first projects when I took office. Skaters came up to me and asked me what you could do,” Collins said, noting that it’s been about 40 years since a new park opened in Pulaski.

While ARPA covered the majority of the cost of the installation, local skateboarders Curtis Cox, Stephen Spence, Mara Saunders, and local skateboard shop owner Jacob Hodge raised funds first. They were the first to get the ball rolling when they addressed the city council in 2015 and started calling for the need for a new skate park.

The old skateboard park was located off Newbern Road in an area that was frequently vandalized. It closed with the opening of a new park.