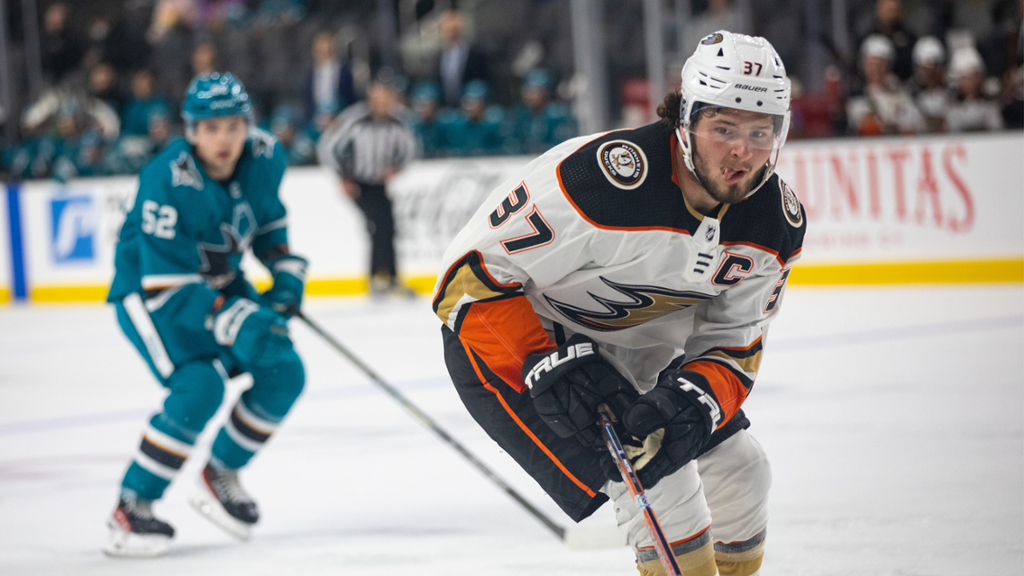 The Ducks were unable to hold a third-period lead in Game 1 of the Rookie Faceoff Tournament, losing 3-2 in overtime to the San Jose Sharks.

Gage Alexander stopped 28 of Anaheim’s 31 shots in a strong goaltending performance, highlighted by a few breakaway saves in the second period.

“I think he fought well,” said head coach Roy Sommer. “I would have liked to see him win, because I thought he deserved it.”

“The match was sparkling,” Gaucher said. “It was our first game together and it was a little weird with the chemistry and everything, but at the end of the day we had good changes and periods, but we didn’t make it.”

The San Jose duo of William Eklund and Thomas Bordeleau paved the way for the Sharks, helping spark the comeback victory. Both factored in all three goals for the home side with Eklund scoring twice, including the winning tally just 32 seconds from the start of the extra session.

The Sharks took an early lead a little less than halfway through the opening period, Eklund found Bordeleau on the left side of the ice. Bordeleau quickly fired the shot, beating Alexander high before the Anaheim goaltender could get ready.

Bordeleau, a 2020 second-round pick, made his NHL debut last season after completing a stellar NCAA career at Michigan, where he totaled 67 points over two seasons.

Anaheim tied the game in the opening minutes of the second period as Warren’s point shot slipped through Brayden Traceyon the high-lunge screen of and floated by Mann’s glove for the Ducks’ first goal of the tournament.

Tweet from @AnaheimDucks: Noah Warren does the job! pic.twitter.com/RYj97TGivE

Warren, the first of two second-round picks from Anaheim this summer, skated alongside his 2022 draftee colleague Pavel Mintyukov throughout the game.

The Ducks took the lead just three minutes later, capitalizing on a power play opportunity as two other 2022 picks connected on a clean passing game. Luneau drove the puck down the middle of the ice, freezing the Sharks defense before putting Gaucher into the left face-off circle, where he beat Strauss with a low shot just off the ice.

Gaucher, the 22nd pick in the July draft, scored 31 goals for Quebec (QMJHL) a season ago and received the Mike Bossy Trophy as the QMJHL’s top professional prospect.

The Ducks played a solid second period, controlling the game for most of the second quarter and continually snagging the Sharks deep in their defensive zone. Anaheim led the shot count 30-21 heading for third.

“I thought the second period was our best period,” Sommer said. “We had a lot of zone time and a lot of good chances… We had more people and pucks at the net, a lot of second and third chances on the rebounds.”

The lead wouldn’t last long in the final stanza of regulation, however, as despite being shorthanded early on by the Ducks, Eklund forced his way to the slot and chipped a loose puck over Alexander’s shoulder and just under. the crossbar, tying the score at two. .

The teams traded power play chances throughout the third period, but it would be the shorthanded units that dominated when they gave the chance, as neither team could put up a threatening offense.

San Jose took the overtime victory in the first quarter of the five-minute period, when Eklund drove hard towards the net and slammed his own rebound, weaving it just between Alexander and the shortside post.

“The biggest thing is you want to see improvement every game,” Sommer said. “If in each period you can improve a bit, that will help in the long run.”

The Ducks are back in action tomorrow for Game 2 of the Rookie Faceoff, taking on the Arizona Coyotes at 4:30 p.m.

Tweet from @AnaheimDucks: We’re back in action tomorrow at 4:30 p.m. against Arizona. A live stream link will be released shortly before. #FlyTogether pic.twitter.com/f51ksO26Wa