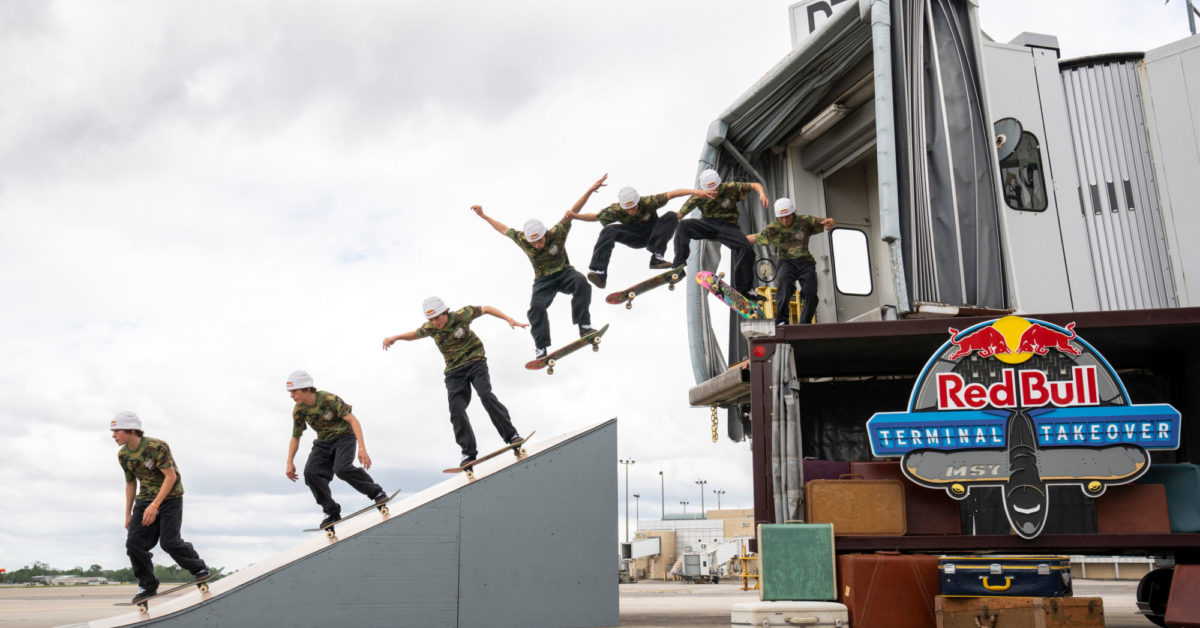 Red Bull recently took over an airport terminal to recreate iconic spots from Tony Hawk’s Pro Skater 1+2, and they look pretty cute. nicknamed the Takeover of the Red Bull terminal, the company along with a number of fans and professional skaters under their banner took over an entire terminal in April at Louis Armstrong International Airport in New Orleans for a day of fun. They made tracks and recreated sports from the game, as well as dragged and tried impossible tricks, all while planes flew in the background. You can watch a full video of their takeover below.

Reflecting the pop culture phenomenon of Activision and its critically acclaimed franchise, Tony Hawk’s Pro Skater 1+2, the newly released content embodies the heart, style and aesthetic that gamers know and love from the iconic video game. From the lobby to the historic Parabola mosaic, to an active tarmac, the video seamlessly blends the top-notch execution of professional athletes with the digital experience of the game itself. Featured in the video, Red Bull athlete and project visionary Jake Wootenwho is also joined by a stacked list of professional skateboarders, including Kareem Campbellone of ten original game characters that players could choose from in Tony Hawk’s Pro Skatergold medalist at the X Games, Alex SorgenteOlympians, Brighton Zuener and Vincent Matheronand more.

“Everything I saw here blew my mind,” said Kareem Campbell while on site at the Red Bull Terminal Takeover. “From the course to the tarmac, to the Red Bull plane and the jam session…it’s unreal. It’s something that I don’t think anyone can recreate except in a video game.”