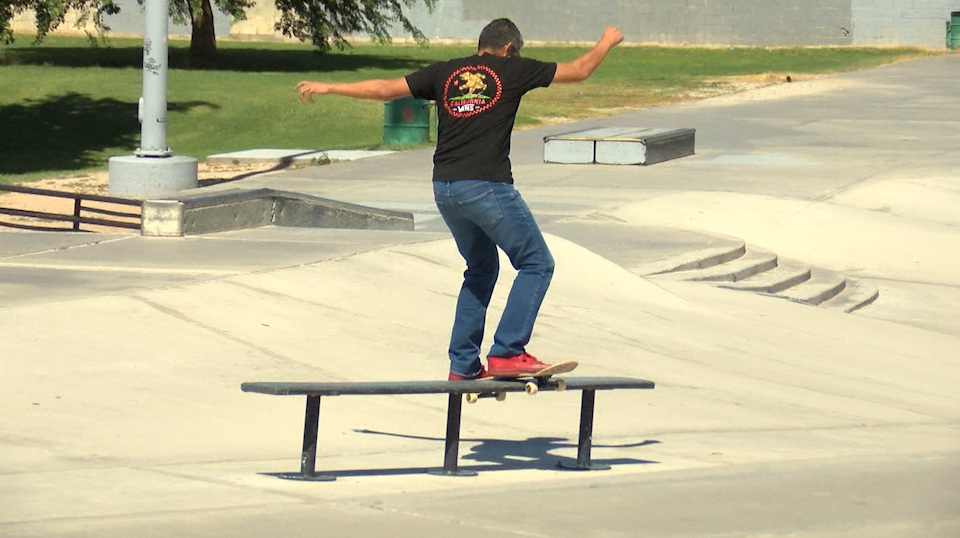 Riding In The Desert: How Skate Culture Developed Within Yuma

Skateboarding has become a hobby across the country, and over the years the same has happened locally – reports Luis Lopez of 13 On Your Side

Where local towns even get involved in sports.

Adults like Nicholas Meza have been skating in Yuma since the 90s.

“You know, at first skateboarding was more of a street culture, but now it’s turned into a truly American pastime,” Meza said.

Quietly, Yuma developed a skate community spanning all ages, from children to adults.

Being someone who has seen the community grow locally, he has seen a lot of changes.

“Before the park was built, we were just driving around, if anyone remembers the old downtown with the circle scene, they had a big bank in front of the Lute casino, we used to spend a lot time there,” Meza said.

The park that Meza is talking about is the Kennedy Skate Park, which has been around for over 20 years.

Although he is still a good option for local skaters, his age has started to show.

“Drainage, some of the sand, there’s a broken sprinkler here, so it’s just throwing rocks and sand all over the concrete,” Meza said.

And these are not even among the most dangerous problems.

“The cracks, some of the concrete is separating, and so the cracks are much bigger than they should be, just enough to get your wheel stuck,” Meza said.

However, with the evolution of the sport came public support.

As the city will completely renovate the park in the next few years.

Yuma Parks and Recreation Director Eric Urfer is among those involved in the project.

“The skatepark itself was really identified, among the skaters, they came to town, identified the need, and then we started looking at the project,” Urfer said.

While the park is still being designed, skaters from across the community have offered feedback on what features should be added.

“It was awesome, the turnout was great and the feedback was even better, so we’re really going to end up with a skate park that was made for skaters by skaters,” Urfer said.

And what financial support does the city offer to these skaters?

“For this particular project, the ballpark estimate is $2.5 million,” Urfer said.

The Department of Parks and Recreation says the money comes from the federal government.

Specifically, American Rescue Plan Act money, and because it’s a grant, it costs local taxpayers nothing.

Either way, skaters like Meza are proud to see the investment.

“It was actually really nice, in the past it was quite difficult to bring attention to what we needed and so it’s really encouraging to see the city wanting to get more involved in what’s going on. “, said Meza.

For now, the park is still used in its old form and even without the renovations, the community is what still makes it special.

“That’s one of the best things about skateboarding is that it’s personal like you have to work on your own thing, but then there’s a community that supports your uniqueness in everything you do. “, said Meza.