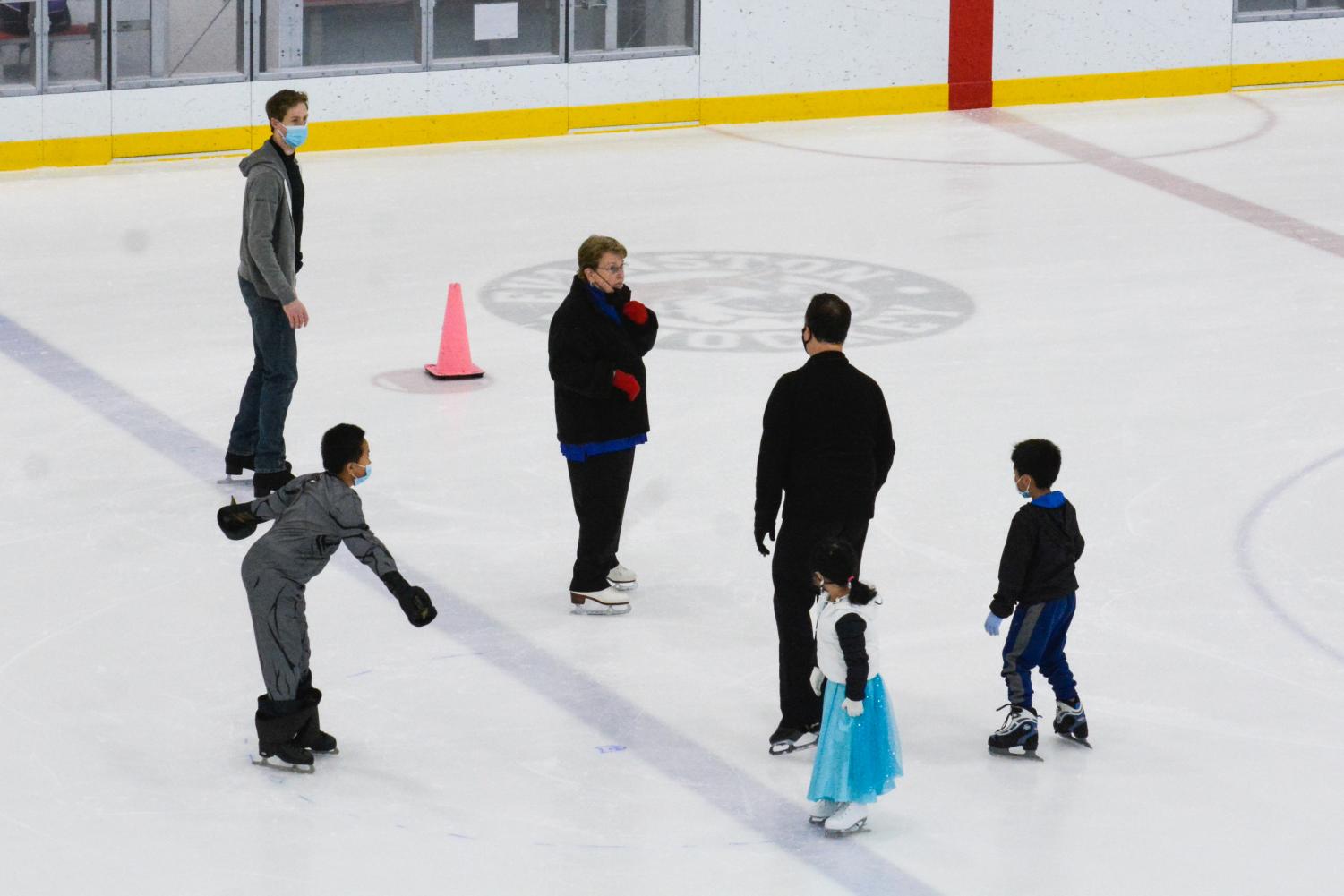 People love to skate at the new Robert Crown Community Center on a Sunday afternoon. Northwestern students and teachers can skate for free using their Wildcards.

Northwestern students can now hit the ice for free at the new Robert Crown Community Center.

Completed in 2020, the center is home to two new ice rinks, an art room, a track, an outdoor turf field, a library, a dance studio and a state-approved daycare. The installation saw extensions to the old community center, which had an ice rink.

All NU students and faculty can use the ice rink for free by showing their Wildcard at the entrance during public skating schedules and can rent skates for $ 3. Each Wildcard holder is also assigned three passes per visit. The center is currently open to the public Monday through Friday from 11 a.m. to 12:30 p.m., in addition to selecting overtime on some days.

The partnership between the University and Robert Crown replaces the seasonal ice rink NU once had at Norris University Center.

From 2011 to 2017, the University The Facilities Management Department built the ice rink on the lawn outside Norris each winter quarter, a tradition that was popular in the NU community. However, budget cuts led to its elimination in 2018.

In an October interview with The Daily, university president Morton Schapiro said the rink’s environmental impact was also a consideration for its shutdown. The university had to use a generator to keep the ice frozen when temperatures rose, Schapiro said.

â€œI really miss the ice,â€ Schapiro said. â€œI loved it, even though I don’t skate. But I hated the impact on the climate, the impact on carbon it had, keeping this generator running.

Schapiro said NU is planning a renovation of Norris with an amphitheater and a renovated underground facility that can accommodate the dance marathon. The reconstructed east side of Norris will include energy efficient space for an on-campus ice rink, he said.

In the meantime, Robert Crown’s student skating is a â€œstopgapâ€ option until the University can once again house an ice rink, Schapiro added.

NU’s $ 1 million investment in Robert Crown, aimed at contributing to the long-term viability of the center, covers user costs associated with both the club’s men’s hockey team and the synchronized skating team until 2026.

â€œHaving two ice sheets allows for a lot more practice, a lot more flexibility of play and just a lot more teams and groups can use the ice as needed,â€ said Stephens.

Dave Davis, NU’s executive director of neighborhood and community relations, said he believes in the importance of a centralized location to bring people together from all corners of the community.

â€œIt’s extremely important that we have these kinds of spaces that bring the college community together, as well as our neighbors,â€ Davis said.

The old community center, which has since been demolished, lacked many of the new center’s offerings, Davis said. Now families can come to the center to do more than skate.

Ron Lopez has worked at the Robert Crown Ice Rink reception desk for 23 years. While handing out skates to enthusiastic kids on a Sunday afternoon this fall, Lopez described the many changes he has witnessed in his years of working at the rink.

â€œI’ve seen generations,â€ Lopez said. “It was actually so funny to see this young man who was in the speed skating program, and now he’s out of college with his girlfriend that he’s brought here.”

– The Norris rink will not open this winter, icy plans due to budget problems

–Northwestern Club figure skating tries to stay in sync, even without an ice rink