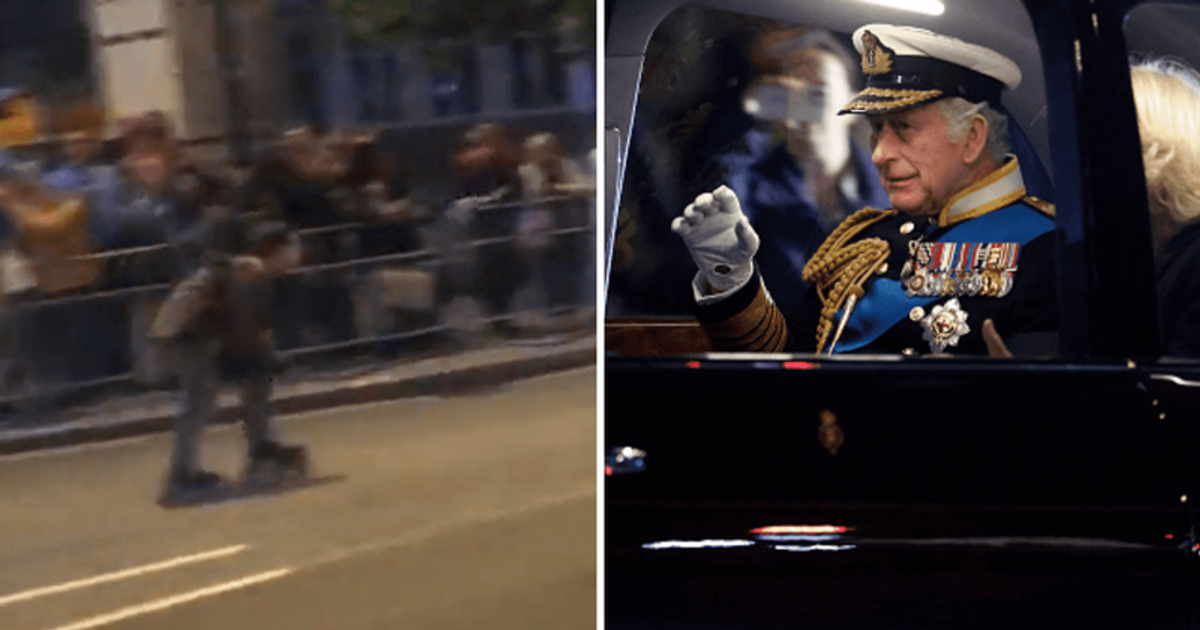 LONDON, ENGLAND: A day after a man was tackled and arrested after trying to grab Queen Elizabeth II’s coffin, a man has caused panic after he nearly collided with King Charles’ car while he was roller skating. Chaos ensued as the 73-year-old made his way to Westminster Hall to hold a vigil at the Queen’s coffin at 7.40pm on Saturday September 17.

The man, who has not yet been identified, was attacked by cops after he nearly crashed into King Charles’ car. He was quickly handcuffed by the officers present at the scene before letting him go. The roller skater came flying towards the royal cavalcade before being blocked by the cops, as reported evening standard. The incident comes a week after a man ran past King Charles III’s car on September 13, giving him his first safety scare as a monarch. The man came out onto the road and attempted to stop the Rolls Royce vehicle as Charles rode through west London in his cavalcade.

‘Oh my God, I hate this’: King Charles III’s mood changes dramatically as the pen he was writing with starts to leak

The statement further read: ‘An officer on foot quickly intervened, bringing the man to the ground to prevent him from continuing. The man was then questioned by officers before being released on the way. According to reports, up to eight police officers grappled with the skater and handcuffed him without delay. However, the man was later allowed to leave after realizing he had no intention of causing harm.

The incident happened before King Charles and his siblings fell silent as they guarded their mother’s coffin in Westminster Hall. Charles along with Andrew, Princess Anne and Prince Edward took part in the 10-minute vigil. The four members of the royal family were dressed in a uniform. Other members of the Royal Family, including Camilla, the Queen Consort, Vice Admiral Sir Tim Laurence and Sophie Wessex, as well as some of the Queen’s grandchildren, were also present at the vigil.

Speaking of the incident, a man has been arrested after trying to grab the coffin of Queen Elizabeth II lying undisturbed in Westminster Hall for people to come and pay their last respects. The incident took place on Friday, September 16, leaving mourners stunned. The man was tackled to the ground by police at 10 p.m. in Westminster Hall.

The man is believed to have walked through a queue of mourners which also included a seven-year-old girl. He rushed to the coffin and tried to raise the royal standard. It is then believed that the man got his hands on the queen’s coffin.