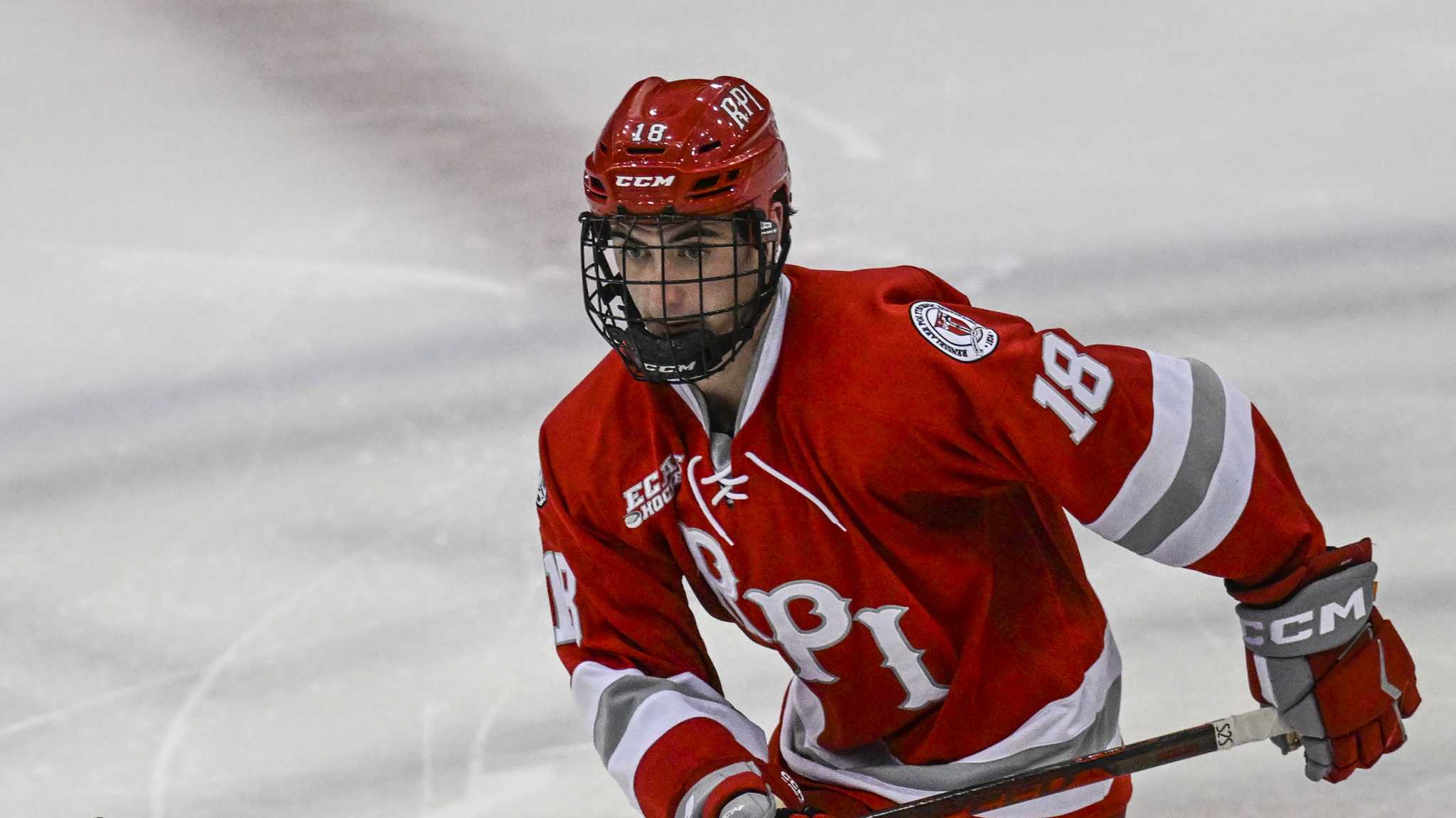 This is a carousel. Use the Next and Previous buttons to navigate

TROY — As he hangs out at the Houston Field House rink, RPI hockey coach Dave Smith says there’s a different vibe in the building this week.

For the Engineers, the scheduled home-and-away game with Union College takes center stage as RPI host the Dutch on Friday before traveling to Schenectady on Saturday at Messa Rink.

In preparation for the ECAC opener on Friday, the curtain near the corner of the visitors’ bench is pushed back to accommodate a larger-than-usual crowd for the opening face-off, scheduled for 7 p.m.

“We see they’re pushing back the curtain for a full house,” Smith said. “Guys notice little things like that and it absolutely feels like Union Week. It’s going to flip. For the players on the team and people who haven’t seen it, 4,000+ people in the Field House, it’s rocking and it’s going to be great.

A loss to Canisius last week is the only blot on RPI’s schedule in the first five games of the season, and the Engineers lost an exhibition game last Friday to the United States National Development Team. But Smith has seen enough to be encouraged by the effort if not the overall results.

“There are things to take from it. It helps us establish where our natural tendencies are, what are we doing naturally well, what do we need to work on? Smith said. “We put guys in different positions, different line clashes, different combinations for at least half the game. We learned a lot, we have guys fighting for ice time, fighting to get in to give them a look too. Against Canisius, we had 70 shot attempts but didn’t put our energy into enough good stuff to get that win in another team’s building in their home opener.

Smith entered the season hoping the Engineers would skate more, pushing the puck on offense in hopes of getting more points.

In five games, RPI ranks 10th nationally with just under four goals scored per game and has points from 18 of 24 skaters on its roster, including 11 different scorers.

What makes that number more impressive is that RPI lost its top six scorers from last season and with it, two-thirds of its offensive output, dropping 203 of its 304 total points last year.

“I think that’s what has to be the strength of RPI hockey, that’s our depth,” Smith said. “Understanding how much we want to compete defensively but having hope that we can score. It’s hard to score every night, the same guy. It’s very important for us.”

During the offseason, Smith and his team didn’t necessarily worry about who needed to be replaced and instead focused on recruiting players who fit a certain style of play.

“I didn’t think about it,” Smith said. “I haven’t once done the math or made the comparison. I knew we were building a faster, more capable team. We had to look at positions and potential chemistry. We asked, ‘what could this group be’, not ‘who should we replace’. I give a lot of credit to Coach (Mathias) Lange, Coach (Chuck) Weber because the COVID years are tough. To have that kind of depth, it takes years for people to see your style of play, people to believe in the product.

In addition to stepping up new players, RPI got production from returning players such as Jakob Lee, Jack Brackett and TJ Walsh.

Sean Martin, a local freelance writer, is a frequent contributor to The Times Union.

Where will Canada’s next figure skating stars come from?