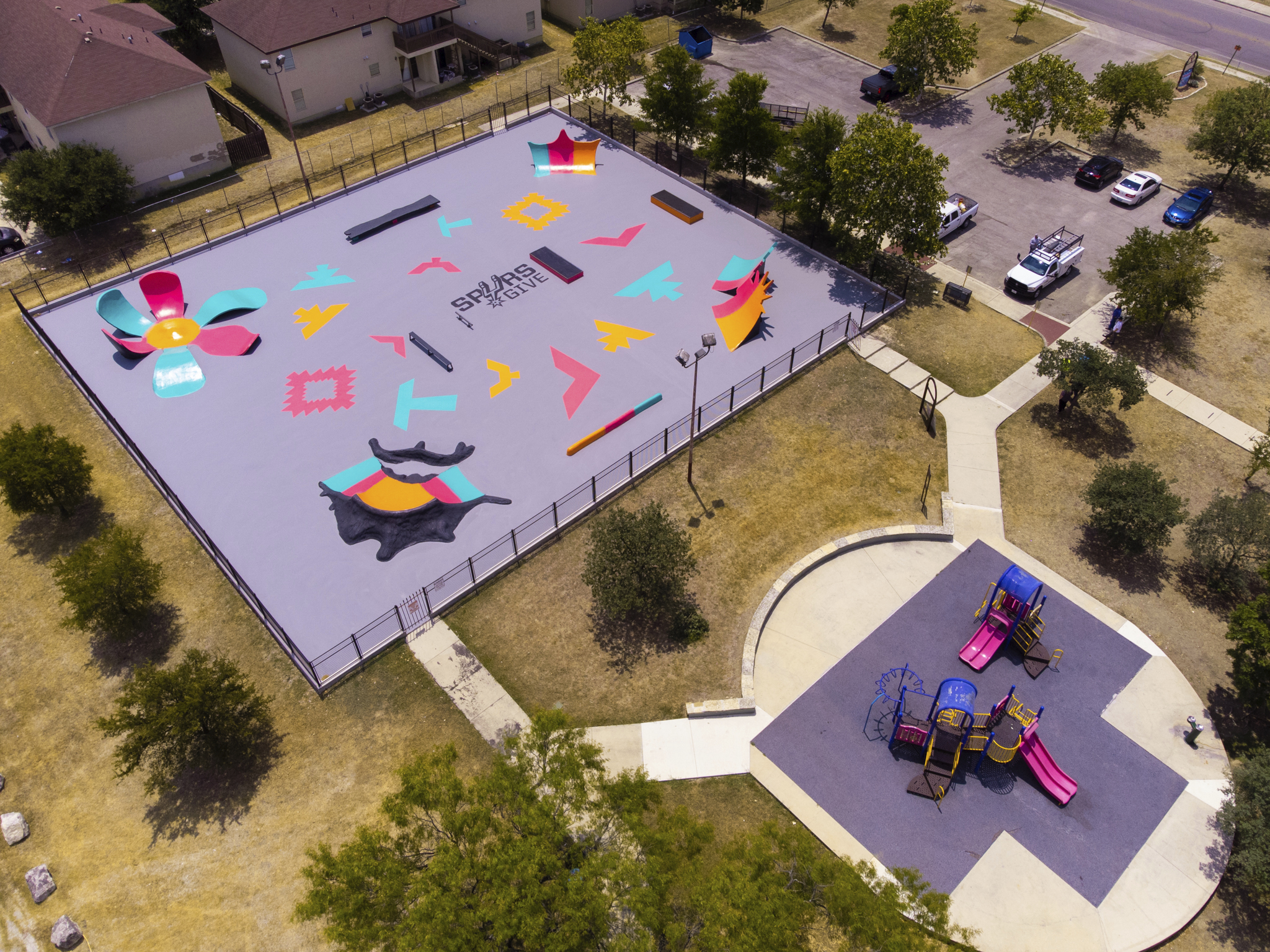 After nearly 20 years, San Antonio’s first skatepark has been refreshed thanks to Spurs and the city. Spring Time Park on the northwest side now sports Spurs Fiesta-themed colors.

The skate park has been around since 2003 and was created as part of a grassroots movement led by Carter Dennis, who was on a mission to find a suitable place to skate. Spurs have partnered with the city’s parks and recreation department to form the Play SA initiative, dedicated to creating safe spaces to play across the city, with a $1 million commitment.

Selase Avalime, with Spurs Give, tells MySA that the park was originally a tennis court before it became the city’s premier grind spot. The initiative also renovated the basketball court in Garza Park in the colors of Spurs. This refresh caught the eye of YouTube star D’Vontay Friga in June 2021.

Officially named Spring Time Skate Plaza, the renovation is the biggest of Play SA’s mission. The goal is to renovate 40 parks in the 10 districts of San Antonio. The skate park is in district 8.

The plaza-style park features nine structures to skate on, all washed in the Spurs Fiesta aesthetic. There’s a green ramp, a bank, a few grind boxes, and more.

On Saturday, July 16, Spurs and the city held a ribbon-cutting ceremony with members of the skating community on hand to try out the skate park. Skateboarders traversed the plaza, making exciting use of the ramps. The green ramp, which appeared to be the tallest structure in the park, was the most popular among skateboarders. The day included a competition for skaters with Spurs-themed prizes.

This is a carousel. Use the Next and Previous buttons to navigate