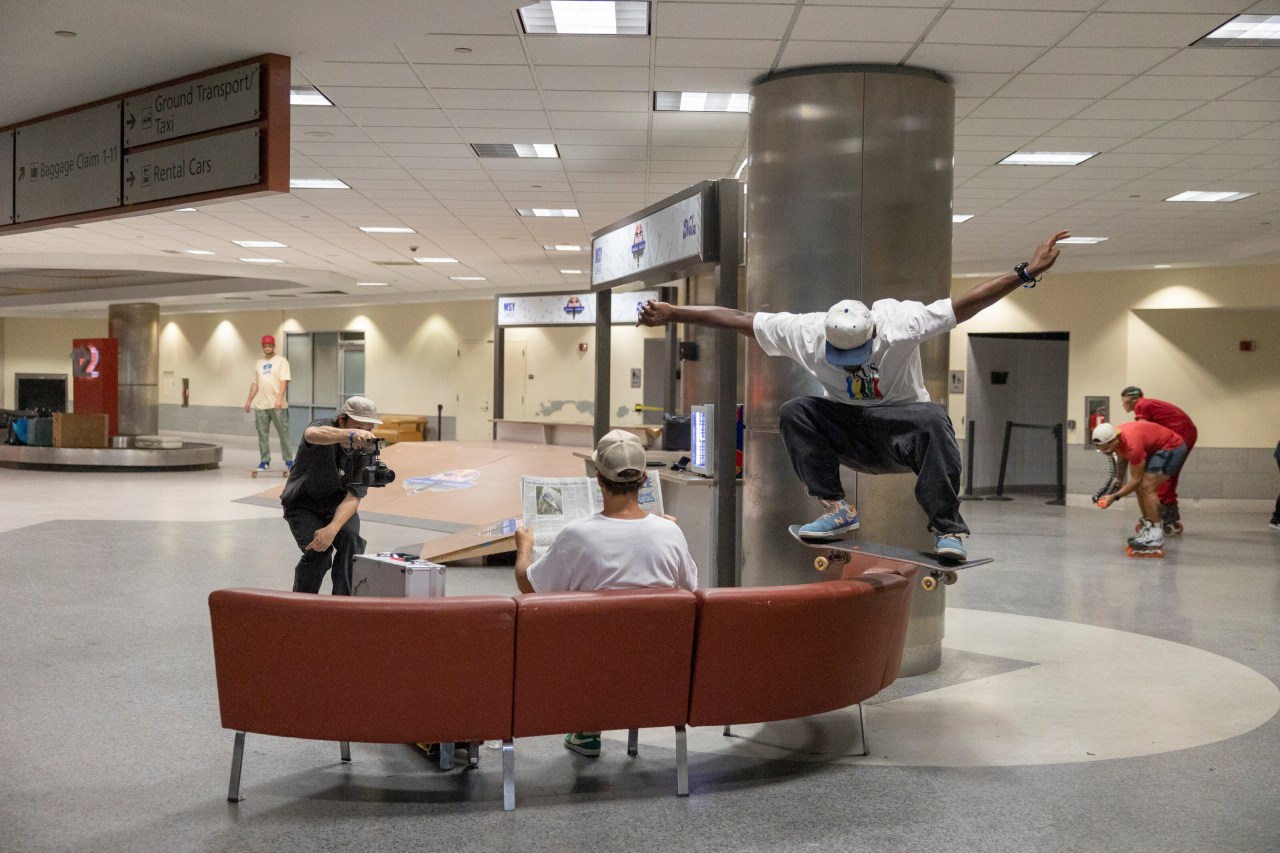 The skate crews had two days off at the terminal to Second annual terminal takeover by RedBull. After that, the teams went home to edit the footage they captured into a two-minute clip. Each team’s video was released for a nationwide vote to determine the grand prize winner: $5,000 to benefit their skate scene.

Rukus, who has stores in Lafayette and Baton Rouge, sent a team made up of skaters from both cities.

Devin Chris of Team Rukus said the skate communities in both cities deserve credit for giving Rukus the opportunity to be there. The team plans to split the grand prize between the two cities’ skate scenes as best they can.

The prize money could help cultivate a healthy skate culture, which Chriss said many people find refuge in.

“Skateboarding is a great outlet for so many things. Creatively and physically of course, but also many skaters find refuge there when they go through a bad patch of life. It gives people something to turn off the rest of the noise in their lives and put their energy into something fun and productive. As skateboarding grows and becomes more accepted, it will create even more opportunities for people to grow and succeed in life,” Chriss explained.

There are a few projects related to the skate scene going on in Lafayette; Louisiana’s first indoor park, Magnolia THE, as well as a recent approval of the budget by the municipal council for a new outdoor skate park. Chriss said the The prize money will not be used directly for either of these parks, but the team is open and planning to hold other fundraisers or events to raise money for them.

Chriss explained that it’s important for the community to have a safe, designated place for the skaters and for the scene to remain active and positive.

“Having a place where skaters can easily skate, learn, progress and have fun without having to worry about safety or getting kicked out is paramount,” Chriss said. “Having our own space to host events, contests and embrace skateboarding culture is huge and will positively impact more than just the skateboarding community in the city.”