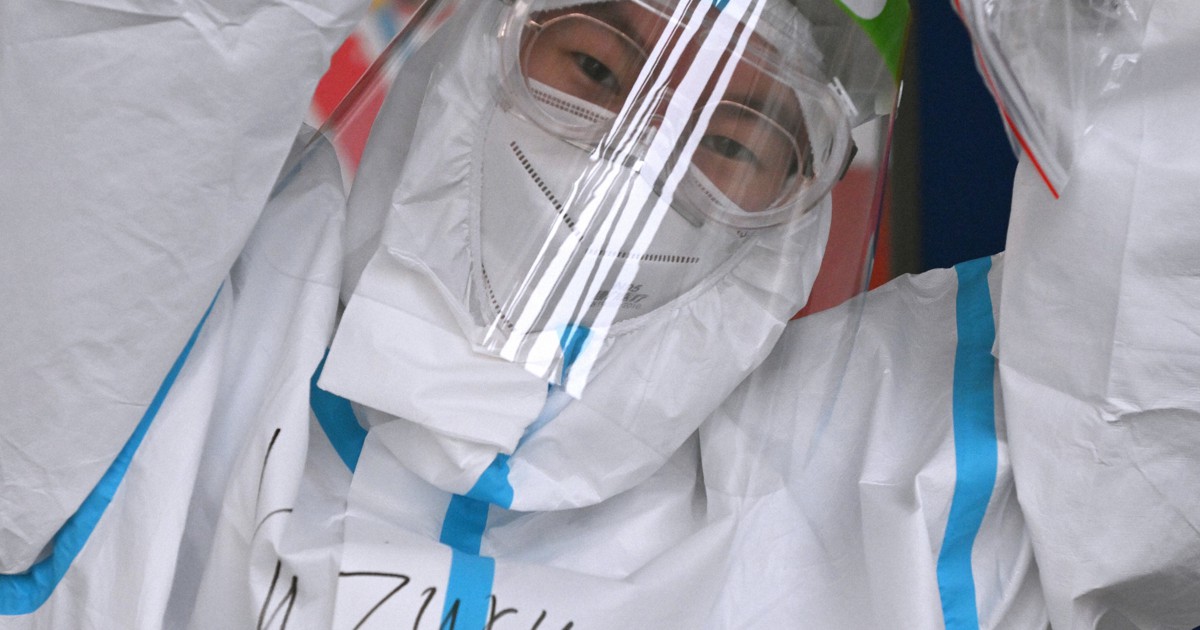 BEIJING (Mainichi) — The popularity of figure skater Yuzuru Hanyu has managed to lift the mood a bit at Beijing International Airport, where staff are busy with border checks to keep coronavirus infections at bay during the Games. Winter Olympics.

On January 30, nearly all staff welcoming arrivals from around the world were dressed in protective gear. Their facial expressions were barely visible and the airport did not feel at all welcoming ahead of the Games’ opening ceremony on February 4.

But in the dark atmosphere, a woman guiding arrivals had a heart drawn on the front of her protective suit next to the words “Yuzuru Hanyu”.

She seemed to want to make it absolutely clear that she is a fan of Hanyu, who is aiming to win a third consecutive Olympic gold medal in men’s figure skating. Although she cannot speak with the Mainichi Shimbun, she smiles and poses for the camera.

Hanyu’s popularity, high even outside of Japan, and the Chinese people’s enthusiasm for the Olympics were felt even through the protective suit.