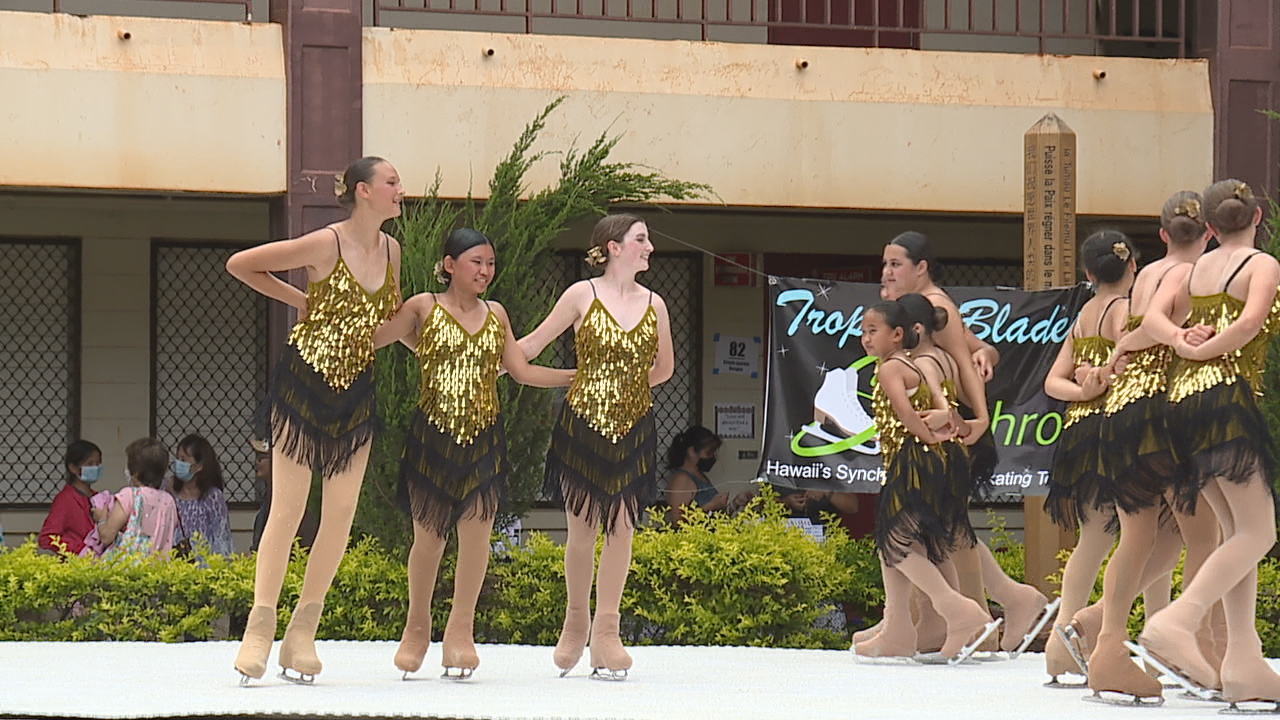 Skaters find alternative to ice for training in Hawaii

HONOLULU (KHON2) – A popular and important place for ice skaters remains closed. As plans are underway to reopen Ice Palace Hawaiifor two years, athletes who depended on the rink were forced to look for other outlets.

When Hawaii’s only ice rink closed due to the pandemic, it left many athletes out in the cold. But Hawaii’s only synchronized skating team has found a way to keep doing what it loves.

Many skaters practiced at the Ice Palace Hawaii several times a week to hone their skills. But in March 2020, COVID-19 changed all that.

Kimberly Martin has been skating for 10 years. She was heartbroken.

“It was devastating,” she said. “It’s my favorite thing to do and so it was really difficult.”

She and the Tropical Blades synchronized skating team had rehearsed for a national competition. This too was cancelled. Their dream of competition has been put on the back burner.

But their love of skating remained.

“Some of the parents came out and said, ‘Hey, my kids want to keep skating,'” said Joe Martin, president of Tropical Blades. “So one of the parents went out and bought about 200 pieces.”

This is called synthetic or artificial ice made of thick plastic. When they skate on it, it heats up, which helps them slide. But it’s not exactly like the real thing according to team head coach Robyn Conboy.

“Very, very difficult for the skaters,” Conboy said. “It’s a lot harder to skate on it, you really have to push, especially the little guys.”

A free summer school to help students bounce back

And setting it up takes time.

Not everyone could make the change – about 10 girls left the team. But as difficult as it may be, Martin is grateful to still be able to skate.

“It’s very different, but we’re working with what we have,” Martin said.

After almost two years, the tiles wear out so they raise funds to buy a more durable surface.

“It feels a lot more like real ice, so I feel like we’re probably going to be sliding a lot better on it, which will be really good,” Kimberly said.

“What we’re trying to do is give the kids a better surface to skate on. Give them a bigger surface,” Joe said. “So it’s about 675 square feet. We’re looking at something about twice that size.

But Joe said it was worth it.

” It’s the passion. It was you who would have thought you would be at the Mililani Fair and see figure skating,” he explained. “So if you want to help us with that, that would be great.”

As for Ice Palace Hawaii, the owner said he hopes to reopen this summer once renovations are complete.

Get the latest morning news from Hawaii delivered to your inbox, sign up for News 2 you

‘Get your groove on’ – roller skating comes to Okotoks – OkotoksOnline.com