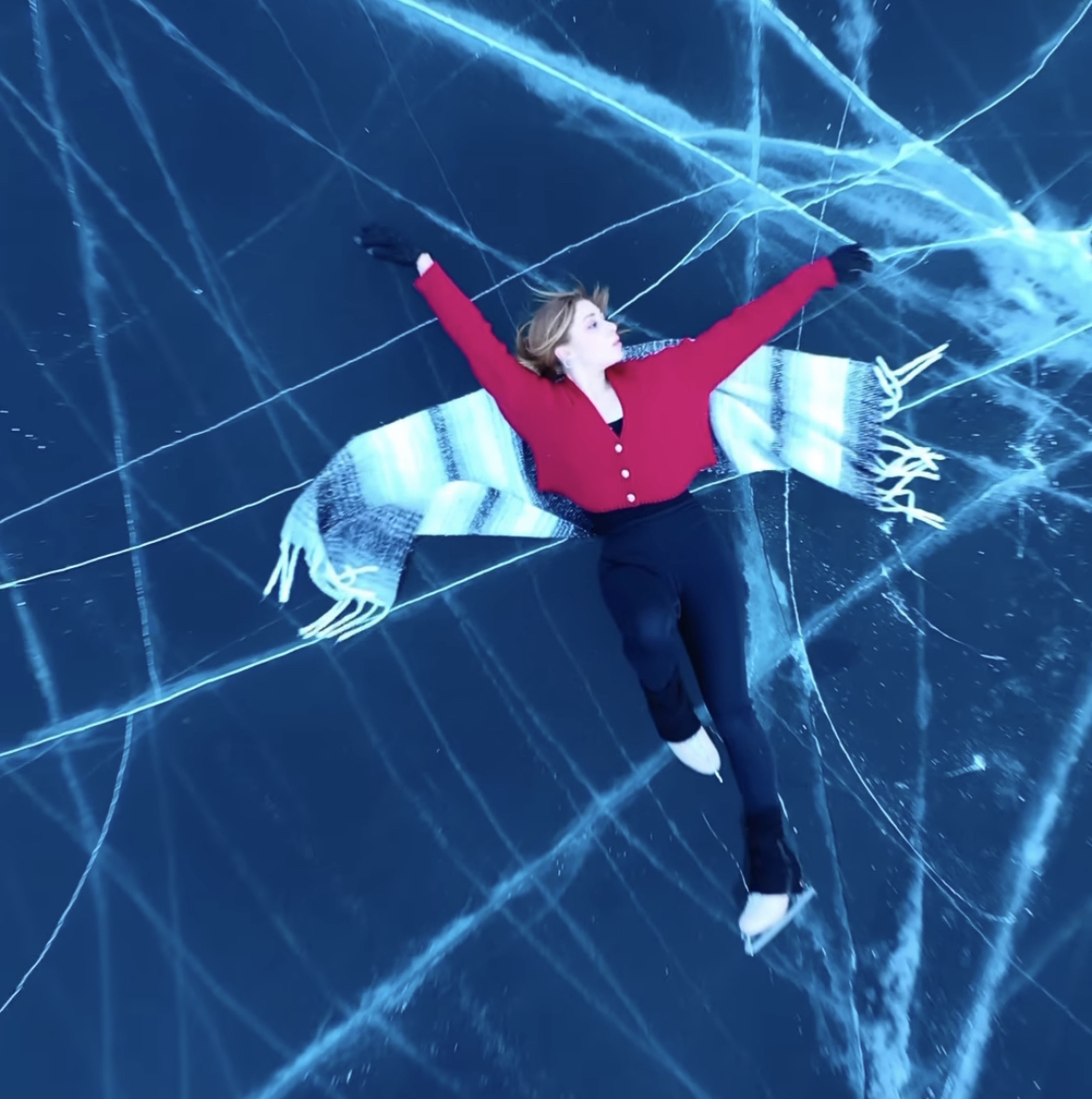 A scene from Kseniya Pankratova’s video.

A short video titled “The Magic Ice Cream of Kolsai” is available on Pankratova’s account.

Pankratova went viral on the internet with her performance on Big Almaty Lake in December 2018. The video received over a million views and has become one of the most popular videos in the country.

Originally from Almaty, Pankratova is a professional figure skater and Kazakhstan Master of Sports candidate in figure skating. She is currently pursuing her coaching career.

The press service of the Ministry of Ecology, Geology and Natural Resources reminded the public that there are no specially equipped ice rinks on Kolsai Lake.

“Individuals are not prohibited from being on the ice (including skating). The national park is planning to organize an ice skating area by the lake due to the growing demand. Skating and ice walking are strictly prohibited for safety reasons on Kaiyndy Lake. Sport and recreational fishing is allowed on the lower and middle lakes, ”ministry spokesman Samal Ibrayeva said.

Kolsai Lake is located close to Kaiyndy Lake in the Kungey Alatau Gorge of the Almaty region. Located 330 kilometers southeast of Almaty, the lakes are famous for their breathtaking scenery and nature.

Skating at the Guelph Marketplace? Here’s what you need to know