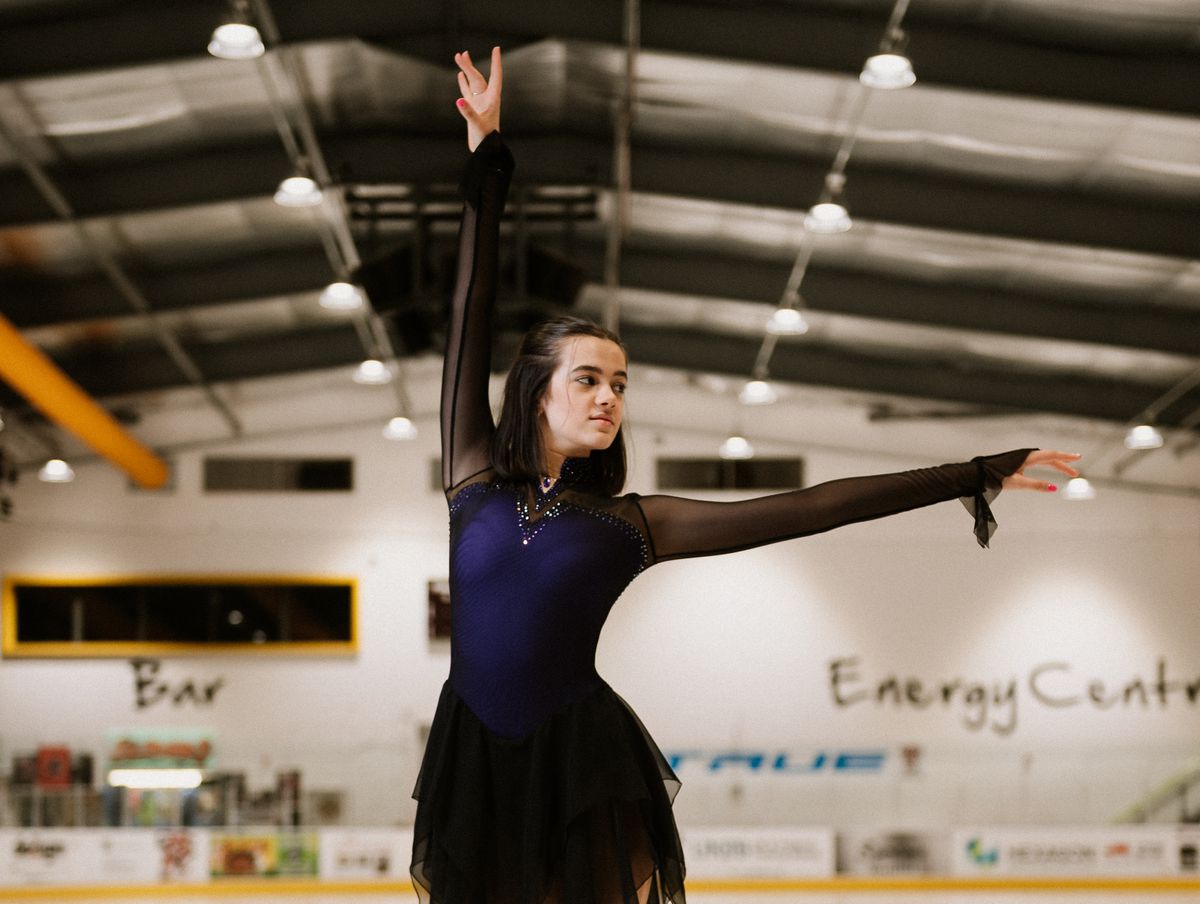 British team junior skater Lily Bakhtiari perfected her double flips, rotations and step sequences at Telford Ice Rink due to the use of her usual base in North Wales as a coronavirus vaccination center.

The dedicated 15-year-old, who lives in Mold, is no stranger to trekking miles at home and abroad with her family to compete in a bid to see her dreams come true.

She is the current British Advanced Novice Ice Dancing Champion for the 2019 season and won the silver medal in the Junior Under-21 category at the recent UK Ice Dancing Celebration, which was also attended by assisted the 1984 Olympic Winter Champions Jane Torvill and Christopher Dean. , the stars of ITV’s Dancing on Ice series.

For the event held in Sheffield earlier this month, Lily danced to music from the hit Disney film Maleficent, with Angelina Jolie, and hopes she will be chosen for the British Academy of Ice Dance. proposed as a result of his performance, along with his other efforts to compete at a high level.

Lily said: “Torvill and Dean were watching and announced that there will be a new special training camp for young British skaters to train at an elite level because there is nothing here in the UK- United like that for skaters.

“I think a camp like this is a good thing and for young people in sport to have a dedicated training space at home, especially if you can’t afford to travel abroad to train in similar camps.

“I love skating. You can express yourself in a unique way on ice. Unfortunately too few people are involved in the sport, but this is mainly because there are not a lot of rinks. I like it here in Telford and the staff are really nice.

She added, “It’s a long way for us to travel, but it’s the same for everyone right now.

“We drove two hours one way here because our ice rink couldn’t reopen as it is being used as a vaccination center.

“I’m glad it’s being used in the fight against the pandemic, however. “

She also recently achieved her Level 10 scores in ice dance, which means she is officially now a senior athlete.

And as Britain’s best ice dancer, Lily, who says double flips were one of her favorite jumps, was previously selected to compete in the Copenhagen Dance Cup in Denmark, where she won a gold medal.

Her trainer Ryan Southan added, “Lily has been skating since she was seven and started dancing on the ice shortly thereafter. Her current goal is to find a dance partner and she would like to go to the World Junior Championships and the Youth Olympics.

“She wants to continue competing internationally in the future.

“She will apply to join the new academy and if accepted she will be able to attend monthly training camps in Sheffield.”