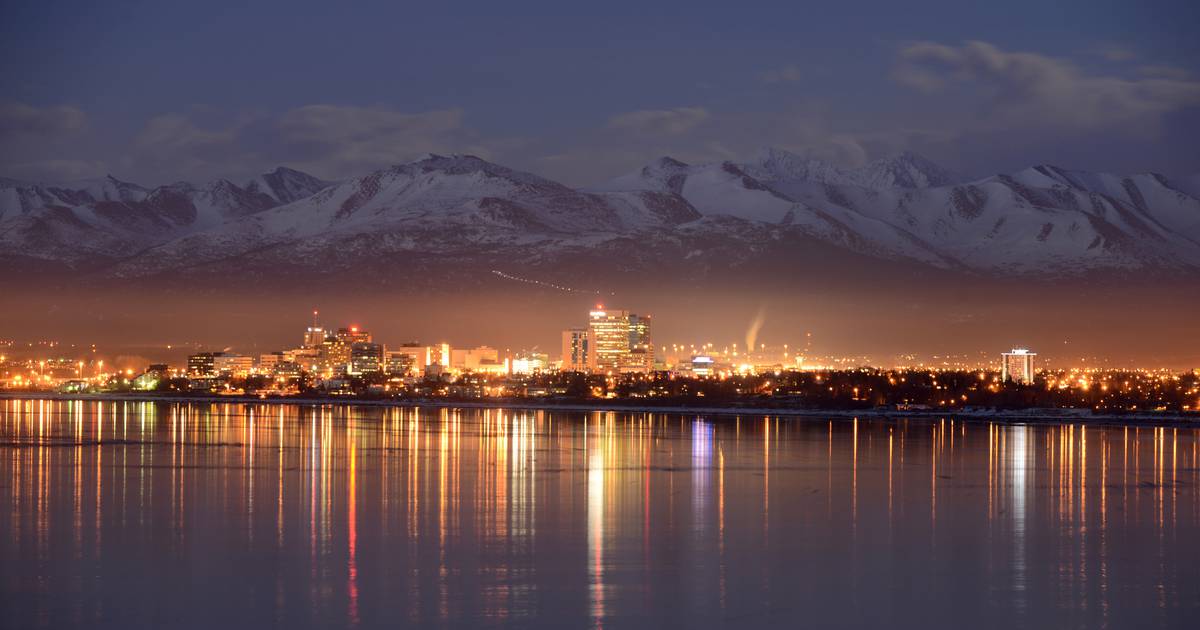 With all that is wrong in the world today, it is therapeutic to focus on the positive and count our blessings. This might be especially true for those of us in the later years, who remember what life was like when the glaciers were closer and Alaska wasn’t yet a state.

In 1946, when I was one year old, my family moved from Pennsylvania to Alaska. We arrived in Seward at the end of March via a DC-3 plane.

Leaving behind the conveniences and relative comforts of a city like Pittsburgh to build a life in a border town like Seward was a stark change for my parents and my 12-year-old sister. At that time, Alaska’s total population was about 100,000 and Seward’s was less than 2,000.

My father was drawn to Alaska because of its wild and mystical character. But he had more pragmatic reasons. His job in the defense industry ended at the end of World War II and he learned that there was a lot of work at the Seward docks as a stevedore.

In the mid-1940s, Seward was Alaska’s main port. Almost everything for the territory passed through the small town docks by steamer, and my father had all the work he could handle.

I think my parents were grateful that Seward already had utilities comparable to Anchorage and even Seattle, such as electricity, telephone, plumbing, water, sewer, and even garbage collection.

We had phone lines and our service was on a shared line. Calls to homes were identified by the number of rings. I think ours was three. Although no one would admit it, it was not uncommon for people to eavesdrop on other people’s conversations. The city’s secrets didn’t seem to last very long.

In 1948 my mother opened a music studio and was one of the first private piano teachers in town.

There was no television, so the radio was our main source of evening entertainment. News at the cinema also connected us to the outside world. There was a local radio station, library, hospital, post office, jail, civic center/gym, school, two grocery stores, barber shop, bowling alley (opened in 1948), a few restaurants and shops , a meat market, two clothing stores, a local newspaper, dusty streets and my mother often complained that there were more bars than churches.

Food shipments to Seward were sometimes delayed at sea, so we had to be careful of items that spoil, like eggs. At our chosen grocery store, Seward Trading Co., I remember there were only a few brands of bread on the shelf. Food was also delivered to homes, and my mother listed this item simply: “bread”. The milk came from a local dairy with a location aptly named “Dairy Hill”.

We used fuel oil to cook and heat our house. My mother didn’t have a clothes dryer, so laundry hung on a line when it wasn’t raining.

In the absence of televisions, computers and video games, when we were children, we spent most of our time outdoors, summer and winter. In the summer we made spears, bows, arrows and slings from alders; built forts, climbed trees; invented games; and when we were a little older we climbed Mount Marathon. In the winter we went sledding, ice skating and had epic snowball fights which included building elaborate snow forts.

At the time, Seward had a curfew for anyone under 18. When we were about nine years old, a friend and I gathered our courage and snuck out of our homes on the night of the summer solstice. We boldly roamed the sleepy town for several hours and managed to get home undetected. Most residents did not lock their doors at this time.

I guess what struck me on our evening, when it wasn’t dark, was that the days don’t really have a beginning or an end – that we create these divisions.

The first and most important transportation artery from Seward was the Alaska Railroad, completed in 1923. As everyone knows, it was vital to the development of Alaska, including the establishment of ‘Anchorage.

Construction of the Seward Highway seemed to drag on forever. People from Seward lucky enough to own cars could take a rough, rocky road to Moose Pass, Hope, and finally Cooper Landing. In 1948 they could drive as far as Kenai – a stretch of road later named Sterling Highway. But the Seward Highway in Anchorage wasn’t opened until 1951.

On my first road trip to Anchorage in the 1950s, I gazed in awe at two “skyscrapers,” the McKinley Building, later named the McKay Building, and the L Street Apartments, now called the Inlet Tower Hotel and Sequels. Having left Pittsburgh at the age of one, I had never seen such large structures.

Today, as I easily access information on my computer, check out funny posts on Facebook, stream a wide assortment of videos on my flat-screen TV; become distressed after misplacing my iPhone; wander the bright aisles of supermarkets displaying countless varieties of bread and breakfast cereals; heat my coffee in the microwave; ride a bike with a battery; tune the radio to twenty FM stations, I think back to that simpler time of so many years ago and count my blessings – those of yesteryear and those of today.

I don’t remember my parents complaining about our life in Seward. They had persevered through the Great Depression of the 1930s. For them, Alaska was probably a refuge and the promise of a new beginning. Later, my sister and I would be forever grateful for taking us to what was then a rather unknown and remote place. I think my two children, who both live in Alaska today, feel the same way.

It would be great to be there when humans colonize Mars; see the day when most diseases will be eliminated; when we start showing more kindness to the environment and to each other. But I believe I have lived for a good period of time, and in an ideal place.

On a fundamental level, however, I don’t think there is a “best” time or place to live. I learned that from my parents. You try to make the most of wherever you are, whenever you are. It seems obvious, but I think we sometimes overlook this simple axiom. For the better part of five years in my career, I lived in Houston, Texas. Warm. Humid. Cluttered. I discovered the bike and I made it work.

Undeniably, it is extremely difficult to look beyond COVID-19, the war in Ukraine, inflation, homelessness, urban violence, racism, political divisions and other troubling issues – to keep your head up and make the most of things. But I believe that as human beings we are made to do just that. We prove it every day in multiple ways.

For many of us, it’s easy to block out current misfortunes by looking back. But as the poet Emily Dickinson wrote, “eternity is made up of now.” We are blessed to live in a special place where our “nows” can be quite extraordinary.

The opinions expressed here are those of the author and are not necessarily endorsed by the Anchorage Daily News, which welcomes a wide range of viewpoints. To submit a piece for review, email comment(at)dna.com. Send submissions of less than 200 words to [email protected] or click here to submit via any web browser. Read our full guidelines for letters and comments here.