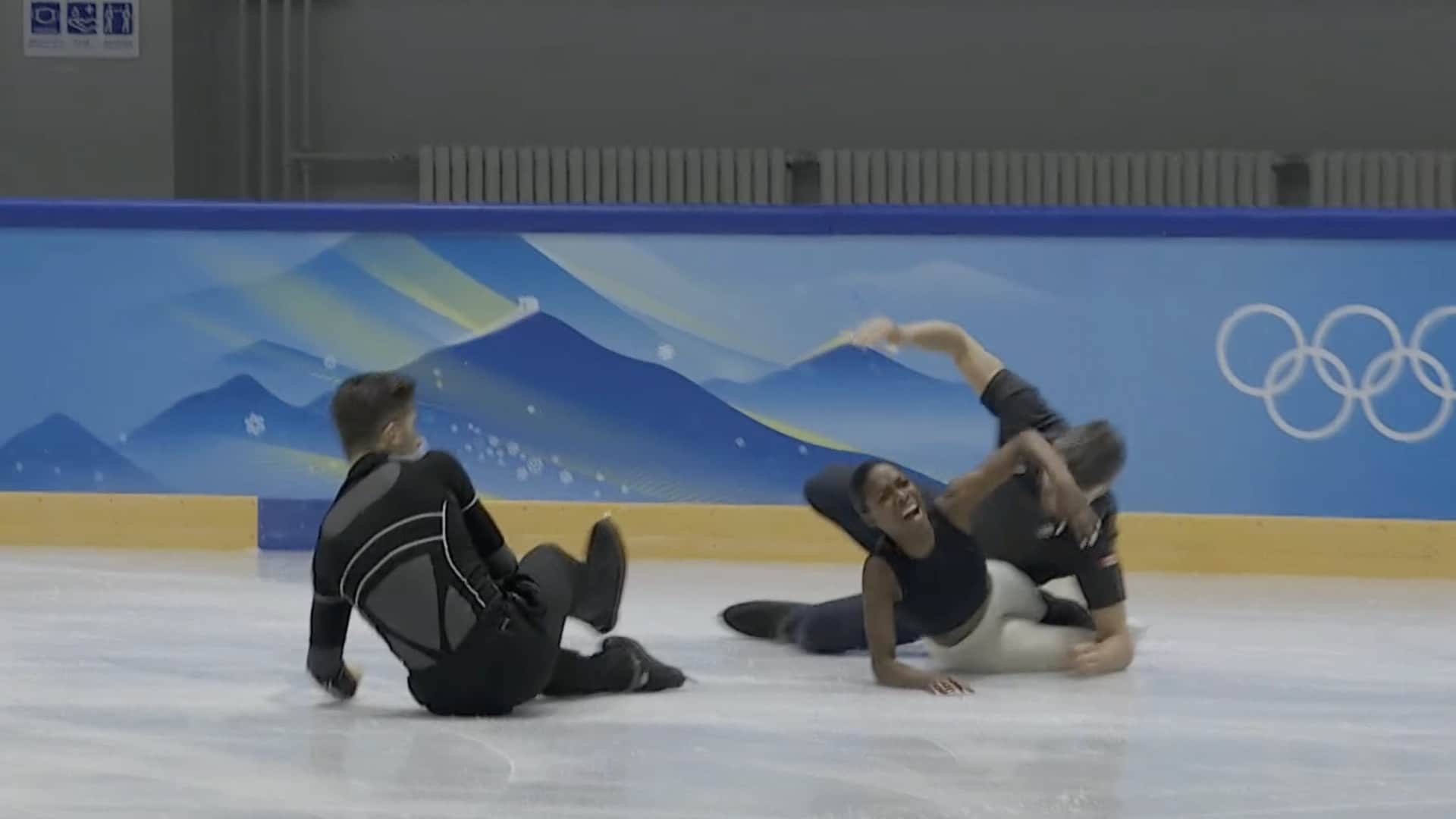 Sports can be dangerous, ice can be slippery, and little good can come from four elite athletes racing towards each other at high speed and on sharp blades.

It was therefore not so surprising that the Canadian pair figure skating team vanessa james and Eric Radford crashed with Italians Nicole Della Monica and Matteo Guarise during a practice session on Sunday afternoon at the 2022 Winter Olympics.

As detailed a day earlier, these things happen during skating practices and warm-ups.

Della Monica saw it coming and skated out of the way, while Radford, holding James, collided with Guarise, who immediately got up and then helped Radford to his feet.

James suffered the most from his impact on the ice and Radford falling on it.

Four medical staff attended to the now four-time Olympian, who was able to get off the ice on her own despite clearly being in pain.

As it turns out, this isn’t even the first collision this week between these two pairs.

NBC learned from figure skating journalist Jackie Wong, who is on the field at these Games, that the same athletes had an accident during a training session a few days before. The first time around, however, it was Della Monica and Radford who took this one the hardest.

CK councilor wants to see an outdoor rink in Chatham