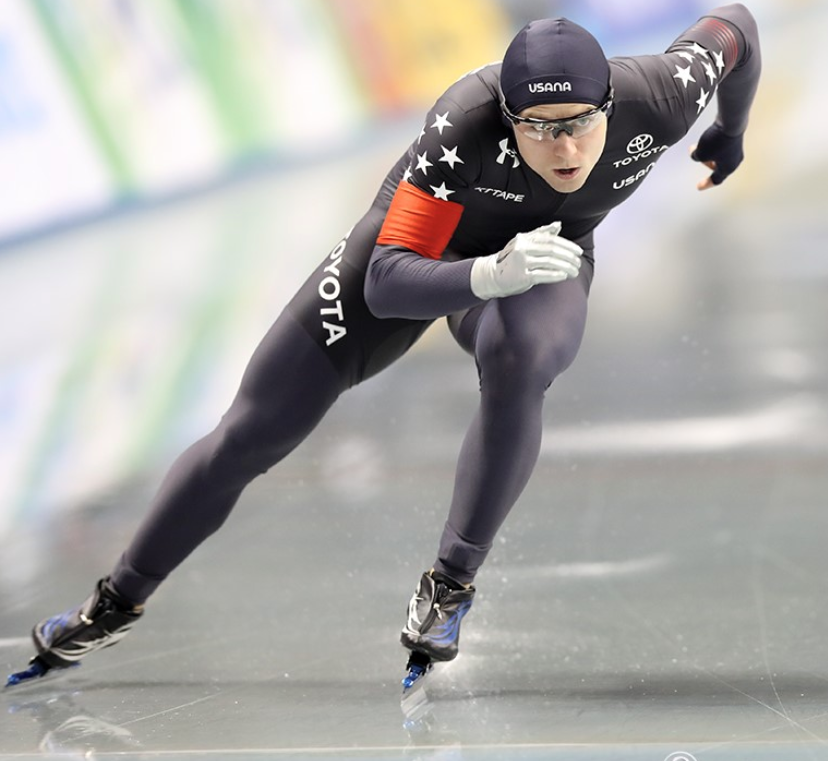 The path to Olympic hope

By the age of 28, many people would have graduated well from college, starting professional careers, perhaps even starting a family. Not Brett Perry.

His path has certainly been different – and decidedly more difficult – than that of the average American.

Perry, an elite speed skater preparing for his third Olympic trials, admitted his life was definitely unconventional since he started the sport at the age of nine with the Midland Speed ​​Skating Club. .

“I moved (from Midland) when I was 16 and went to train in Marquette and finished my high school years there, although I was able to come back and graduate from Midland High, which was awesome, ”said Perry, who has lived and trained in Salt Lake City, Utah for eight years.

“I’ve been away from home for 12 years now, and have had to leave my family and a lot of friends behind. I try to see them as much as I can when I get home,” Perry added, noting that he only returns to Midland once or twice a year.

Aside from being away from family and friends for long periods of time, Perry also had to juggle a few different part-time jobs with a rigorous training program in order to pay the bills. Currently he is a bicycle technician for Dick’s Sports Goods, and he also does inventory for the Specialized bicycle company.

“I have held two jobs in the past three years … but my employers have both been very accommodating and have adjusted my skating schedule and allowed me to work when I am available,” he said. declared. “I’m very grateful for this. I wouldn’t be able to do what I’m doing without it (cooperation).”

Luckily for Perry, he now has someone in his life to not only share the workload, but also support him in his long-held dream of becoming an Olympian – his wife Stephanie, whom he met through a service from. online dating.

“We got married last year in June, and she knows my intentions, and she lets me follow my dream. She’s awesome,” he said affectionately. “… She lets me pursue my goal, and there are a lot of people who wouldn’t (after they get married). A lot of people would like to start a family right away or buy a house, but she’s been great support, as well as my family.

“I have received a lot of family support financially and in terms of encouragement and kind words,” he added, noting that Stephanie is now working full time while pursuing a master’s degree. “… For a while, it was hard to make ends meet, because she was in nursing school, and she couldn’t work as much, and I was working 30 hours a week on top of the training.” little now. “

Perry, entering his 20th season of competitive speed skating, will compete in the fall World Cup trials next weekend in Salt Lake City. This event will determine who qualifies to represent the United States in four upcoming World Cups in Poland, Norway, Salt Lake City and Canada, and those events will lead to the Olympic Trials in Milwaukee in early January.

Perry, who specializes in the 500-meter race, was fifth and missed the Olympic team by one in their last Olympic trials four years ago.

“I have a lot of work to do right now, but I feel like in the next three months before testing I can accomplish (what I need to accomplish). have to dial in, “he noted. “When I was one place (to be on the Olympic team) four years ago, I was one second off of fourth place. In speed skating it’s a big gap, but you know what? A place is a place. “

According to Perry, being successful in speed skating is as much mental as it is physical.

“I’ve had some ups and downs, and it’s a lot of equipment issues, but I’m finally starting to figure that out. It’s going a lot better right now,” he said. “It’s a lot of a head game. There is a lot of reps in skating, and if you’re not in it you can have a day off. If the equipment isn’t perfectly toned, it may bother you.

“But, right now, I’m just skating the best I can, and whatever happens, happens,” he added.

When asked what made him keep working so hard for an elusive goal over the past two decades, Perry said the answer is simple: he wants to be an Olympian.

“I’m just trying to achieve this goal of making an Olympic team,” he said. “It wasn’t my only goal. I achieved a lot of other goals, like being on the United States national team, competing in several World Cups and traveling the world. It was a huge goal. .

“But my next goal is my last goal,” he said of the possibility of making the Olympic team. “This goal is the (ultimate) goal of my skating career.”