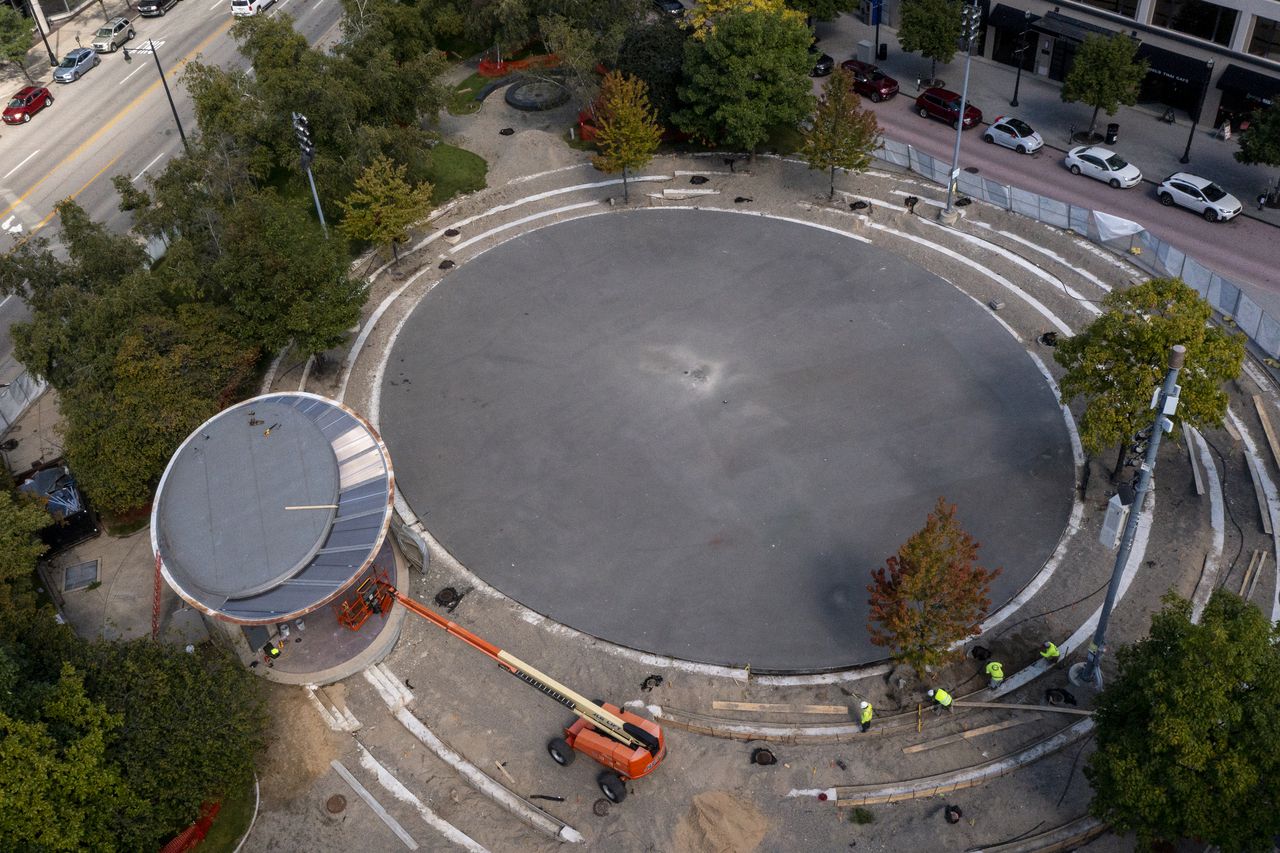 The Rosa Parks Circle will not be open for ArtPrize. Drone footage shows construction in progress

City officials said the park will remain closed due to renovations until October or November. ArtPrize 2021 returns on September 16 and ends on October 3.

When the city began the $ 2.8 million project in May to restore and enhance the 20-year-old monument at 135 Monroe Center St. NW, the original goal was to have it reopened in time for ArtPrize’s return. , which was canceled last year due to the COVID-19 pandemic.

Related: ArtPrize 2021 attendance should compete with past years

City events staff previously said they expected more than 500,000 people to attend and take part in the multi-day artistic celebration in the city. These attendance expectations rival the attendance estimates of 520,000 people from the last ArtPrize, in 2017.

As in the past, Rosa Parks Circle was to be an ArtPrize location this year.

The delay in reopening Rosa Parks Circle is due to the granite not being shipped on time from California, according to Grand Rapids spokesman Steve Guitar. He cited logistics issues related to the pandemic as the reason for the delay.

As part of the renovations, workers will replace the existing concrete rings at Rosa Parks Circle with granite rings. The granite will also be used to make new benches.

The city is awaiting an update from the Granite Company next week that could provide a more specific date for the park to reopen. However, Guitar has said it won’t reopen in time for ArtPrize.

The concrete rings are part of the gathering / sculpture area in the heart of the park called â€œEclipticâ€. Maya Lin, the artist and architect known for designing the famous Vietnam Memorial in Washington, DC, created the 3.5-acre Ecliptic in 2000.

The concrete artwork and staging area is a ring of concentric ellipses where people can stand, sit, and play. It has a covered performance stage on the southwest side.

The park is used for ice skating in the winter and for concerts, gatherings and events in the warmer months.

Of the $ 2.8 million in project costs, $ 700,000 will come from the city’s Parks Millage and $ 550,000 from the Downtown Development Authority. The remaining costs will be funded by private donors through the Rosa Parks Circle Conservancy.

The project is a partnership between the city and Rosa Parks Circle Conservancy. Progressive AE and Granger Construction Company are part of the project team.

Those wishing to donate can do so on this web page: https://www.patronicity.com/project/ecliptic_at_rosa_parks_circle#!/

Western Michigan gears up to resettle 250 Afghan refugees, with more to come in coming weeks

This dam was created for ice skating. Its destruction brings environmental benefits