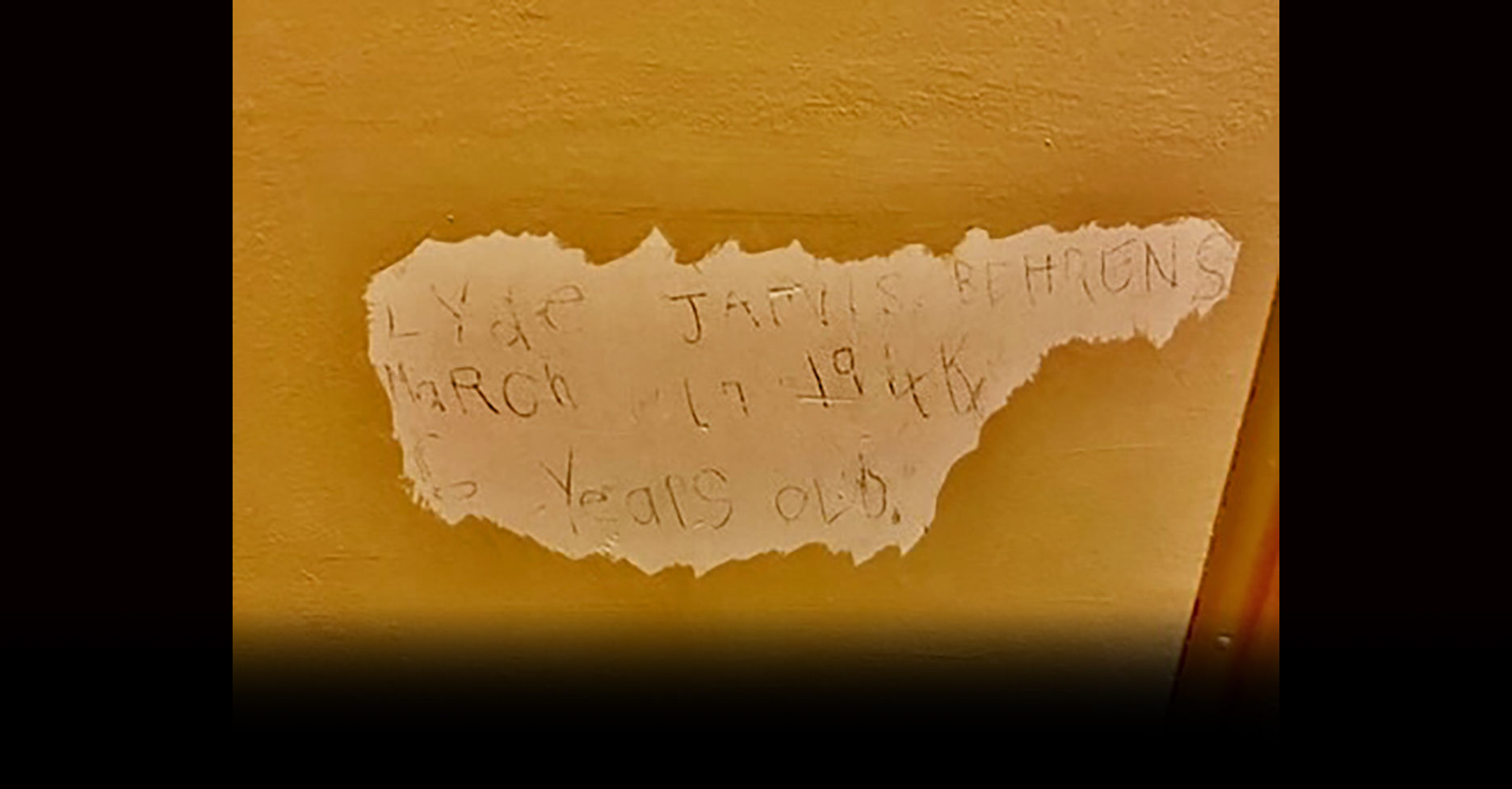 Lyde Hussey, who recently remarried a dozen years ago, took her husband to visit his former home in South Chicago. It was an opportunity to reconnect with his past, to revisit the house that was his childhood home between 1940 and 1959.

They drove to the two-story brick Georgian house on South Bell Avenue, a tree-lined street with suburban homes on large lots. Lyde described the spacious backyard. She told her husband that the yard was so large that Lyde’s mother used to hose everything down with a garden hose to create a skating rink big enough to accommodate friends and neighbors. Lyde remembered turning his phonograph speaker toward the courtyard and dancing on skates to Johann Strauss’ “Vienna Waltz.”

She and her husband Curt snuck along the side of the house to take a look at this large backyard. “We were kind of an intrusion,” she admits.

A neighbor appeared and asked gruffly what they were thinking of doing. Curt pointed to his wife and said she grew up there. The neighbor softened. I’m sure they would like to meet you, said the neighbor. You should introduce yourself.

Trust me, said the neighbor. It wouldn’t be a tax. He’s a Lutheran pastor, a seminary teacher. He’s a good guy.

The neighbor escorted them to the front door and knocked. He explained to the minister, Kurt Hendel, that Lyde had been raised there. The neighbor was right; Hendel was a good guy. Hendel invited them over and told Lyde that she might be able to clear up a mystery in the house.

He escorted the Husseys to a “powder room,” a kind of half-bath at the foot of the stairs. There’s something I’d like to show you, he said. Maybe you know who it is.

A section of the bathroom wall was bare except for a small section where someone had scribbled these words:

Do you know who it is? Hendel asked.

Lyde, suddenly in tears, was unable to answer.

Lyde could only nod.


“It was the greatest coincidence of my entire life. If I had shown up at the house at any other time, the neighbor might not have seen me, the minister might not have been there .
Lyde Hussey

Lyde Jarvis Behrens was a 6-year-old girl living in the house when her mother offered her a rare opportunity: the bathroom was about to be wallpapered, so mum told her she could write what she wanted on the wall before it was covered. . So she wrote down her name, the date and her age.

Years passed and Lyde left home after her marriage in 1959. Her husband was in the Naval Academy at the time and they were stationed in Jacksonville. After his release in 1967, the couple moved to Carmel Valley to be near his parents, who had moved to the Valley from Chicago a few years earlier. They raised four children; she married Curt 12 years ago.

Forty-five years after Lyde carved his name on the powder room wall, Kurt and Jobey Hendel moved into the place. Somewhere in between, a previous homeowner had covered the wall with another wallpaper, a pink floral design, and the Hendels were eager to replace it with something a little less pink and less floral.

They began work on a renovation in 1987, according to Jobey Hendel, and discovered Lyde’s name scrawled on the wall when they ripped off the wallpaper. They were stunned. They continued to remove more wallpaper and found another engraving on the wall – this one by someone named “Mary Raddatz”, who was apparently 17 when her parents replaced the Behrens’ wallpaper in 1971.

“We thought, how fun is this?” Jobey Hendel told Voices of Monterey Bay this week. Rather than repainting the names, the Hendels had their three children add their names to the wall, and Jobey carefully painted around their work. The powder room is now a tribute to the children who lived in the house. Their names honor the history of this house.

Jobey Hendel said she and her husband always wondered who Lyde and Mary Raddatz were. They speculated that the Raddatz family probably discovered Lyde’s name when they replaced the old wallpaper with the pink flower wallpaper and told their daughter Mary that she too could add her name.

The Hendels had never heard the name “Lyde”, so they assumed that the child’s name might actually be Clyde, and that the “C” was missing. They wondered if she (or he) was still alive.

They tried to find Mary and Lyde (or “Clyde”), but could not find them, probably because their names had changed through marriage. But the mystery of Lyde Jarvis Behrens was solved when Lyde showed up at the door a dozen years ago.

“It was the biggest coincidence of my entire life,” Lyde said this week. “If I had shown up at the house at another time, the neighbor might not have seen me, the minister might not have been there.”

She said she was overwhelmed with emotion when she first saw the name preserved on the wall 12 years ago. “It was the joy of remembering that house,” she said.

Last week, Lyde returned to the old house. Now 85, she took her three surviving children on the trip. They are between 57 and 62 years old and still live in the area. The family spent three days in White Lake, Michigan, where Lyde shared stories of childhood summers spent with her grandparents. And they visited the old house on South Bell Avenue for a pilgrimage to Lyde’s little monument.

“It was the trip of a lifetime,” she said.

Do you have something to say about this story? Send us a letter.

GET OUR FREE WEEKLY NEWSLETTER