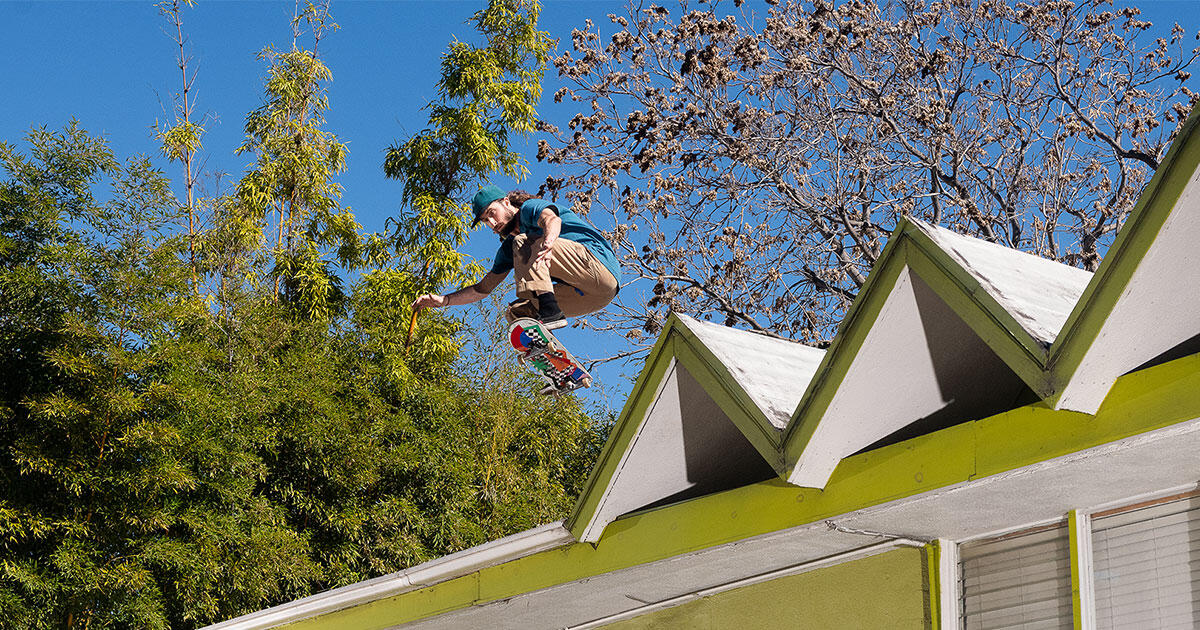 This Birder also happens to be one of the best skateboarders on the planet.

If you used a microscope to examine the overlap in the Venn diagram between bird watchers and skateboarders, you’d only find one man: Dave Mull. The 32-year-old Vermont native is one of the sport’s most exciting skaters, a daredevil with a penchant for creative and death-defying tricks like roof drops and, uh, the “Ramp. ”

He’s also a real birdwatcher: he gets dizzy at the sight of a Townsend’s warbler, he helped run a banding station in the mountains near his home in Los Angeles, and he put a pair of thrushes. hermits (the bird of the state of Vermont) on his first pro model skateboard for Worble. He also regularly shares “nox photos” of the birds he sees on his Instagram account amid all of his latest skating exploits.

I’m drawn to anyone who breaks the mold of what a bird watcher “should” be, and Mull broke the mold and knocked over the debris. I recently spent time with Mull on the phone discussing skaters as performers, the impact of his skating injuries on his birdwatching, and the time the Steller Jays gave him the confidence to perform one of his most famous tricks.

DM: An interest in birds came much earlier, but I didn’t really pursue them. I was just a little turned on by them, you know? I have this very intimate memory of feeding a blue jay from what I guess was a collision with a window in our house, and my parents just chilled it in a shoebox outside, and j was just obsessed with it and checking if it was OK. It was the first time we had seen a wild bird up close, like “Whoa that’s crazy!” I usually only see them outside in the wild doing their thing. I was super young, like 5 or 6 years old. Skating came later when I was 10 or 11 years old.

NL: What does being an â€œornithologistâ€ mean to you?

DM: It’s so many different things. At first, it was a bit like a poetic recognition of their existence. Like, when I was just starting to notice them in a romantic way, and that’s kind of how my older brother introduced them to me, and he was posting some of them on the manger outside my parents’ house . And then when I moved here, for some reason, that spark kind of happened, and I was like, “I haven’t even really gotten to know a lot of my birds in Vermont, so I will try to learn birds here, or learn birds at home for the next time I go back. draw them …

NL: I notice you incorporate nature into your skating a lot more than others – you come out of the stumps, there’s a lot of dirt involved. Do you agree?

DM: I totally agree. I do that sometimes quite intentionally, because I know it’s going to, you know, spark interest in the skating community, but it’s also kind of ingrained after growing up in Vermont. We didn’t necessarily have the best skate spots, so we put in everything we could to have fun. We had 2x4s installed that were falling down our driveway or skidding in the grass all the time. So I thought, “How do I mix these two worlds of being a nature lover and loving the urban environment because it’s such a playground for a skateboarder?” So I like to marry those two things and find that kind of edgy, like “what if” in skating: can you skate that tree? and that popular skate spot at the same time and make people wonder, like “What is skateboarding?”

NL: You are also not afraid of a good deposit. Congratulations on your Mocker magazine Meat hall inductions, moreover. (Warning: not for the faint of heart)

NL: What are your worst injuries?

DM: I think my most recent was my wrist fracture. It was jumping off a slightly collapsed roof, because it was this tin-like metal that I didn’t know wasn’t going to support me. So I dove, like, nine feet to the ground. Fortunately, I lowered one foot along with my wrist, so my wrist didn’t take all the weight, but I broke my wrist in four places.

DM: And it was bad. And that was right at the start of survey season where we were monitoring hummingbirds and the plants they were feeding on in the mountains. So right after I broke my wrist, I ended up bird watching with one hand, and in fact, I was going against the policies of the station we were working for. (Laughter) I didn’t even tell them, I was so excited to go to the mountains and get paid to watch hummingbirds that I didn’t even tell them my wrist was broken in four placesâ€¦

DM: During bird watching …. hmm (laughs) … I don’t think there were any.

NL: Ha, yeah, I was trying to wonder if I had any injuries watching the birds, and … I guess a rock in my shoe? It’s the worst. No broken wrists.

DM: I think there was. It was not directly from bird watching, but I was in our room Audubon here at Debs Park with my mate, who was working there, and as we were rushing off somewhere, she forgot to say something to her boss and turned around very sharply and smashed my nose. So not really bird watching, but in an Audubon center.

NL: Well that matters. Tell me about your mountain banding work.

DM: Oh yeah, wow. It has been and continues to be such an amazing experience. My partner Lauren Hill and her friend Tania Romero started a banding station at Bear Divide in the San Gabriel mountains above LA And man, ah, this is such a gem of a place. Thousands of birds, come from the darkness before dawn, fly everywhere, just above your head, mainly in this small hallway. We went there every day for two consecutive months, as a gang. It was breathtaking. I felt like a little kid every morning, like it was Christmas morning every day.

NL: Did you have a favorite species up there, or a meeting?

DM: I think my favorite was when we got Townsend’s Warbler, pretty regularly. So good. So striking. Just incredible contrast between yellow and black. So anytime I had, say, a full-fledged breeding male, that would be so awesome.

NL: You have to travel a lot to skate. Is it a bonus to look for birds when you are in a different location?

DM: Highligths. I take full advantage of these opportunities. All previous trips were made through this organization called Wild Skating, the principle being to learn from the Amerindian culture. We were visiting the reserves, and most of them had skate parks, so we were skating with the kids and doing contests – it was like a shared cultural experience, which was just great. So we would skate and go camping, and I would wake up early in the morning before everyone else and go bird watching.

NL: Do you know of any other ice skaters / bird watchers? Is this something you discuss with other skateboarders?

DM: It is well known that I am a bird lover and will occasionally take out my binoculars for the skate session. But we are few. Some people have connected with me through Instagram, and it’s fun to connect with people who are actively bird-watching and skating, but they’re usually somewhere far away, so I’m not a close friend of others. Friends will be amazed at the birds I show them, but they are not active bird watchers.

NL: There’s an outdated stigma around bird watching, that it’s a little cheesy or something … does it ever come back at all, where people will grieve you?

DM: I think there’s maybe more of a comedic acknowledgment of this, more than a stigma. Maybe it’s the remnants of some kind of stigma. But, I think skating is always evolving and so fresh all the time, that when people see a skater it’s also something else, that they’re a different kind of artist, and skating doesn’t is just one type of outlet they have. So it’s different and new to a lot of people that a skateboarder can be a bird watcher, but it’s not as surprising as skate culture might imagine. Almost all skaters have other incredible talents.

NL: You obviously need to focus very carefully when trying to do these death-defying tricks. Have you ever been distracted by a bird? (Note: Mull’s most famous music video might be it’s absolutely crazy ollie on and off a tree stump to a road.)

DM: Well, yes maybe, but it usually ends up helping me. My favorite story to tell is when I was doing that stump jump, and there were Steller jays around and they were calling like a red-tailed hawk – their famous impersonator. And they scared those acorn peaks away from some of their acorn caches and the jays rushed at them. The stump jump was so terrifying that I was just looking for some inspiration, and at one point I realized these Steller Jays were acting way bigger than them, they were cheating on everything around them. So I thought if I could harness the power of these super spiritual Steller jays and treat this place like I’m taller than that, so that’s all I needed. It sounds crazy, but it worked.

Dave Mull dedicates this interview to ornithologist Don White, who worked at Bear Divide, and skate photographer Joe Hammeke, who took two of the photos in this story. Both died this year.