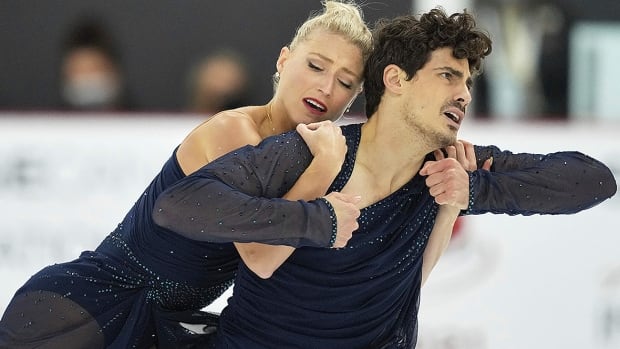 Piper Gilles and Paul Poirier of Toronto carried their success in spring ice dancing to this week’s Fall Classic, opening the international season with a victory in Pierrefonds, Que.

“We are very happy with the way both programs have gone,” Poirier told reporters. “We haven’t tried to force it or have that perfect skate. We just want everything to be more precise and we’re really excited to deliver such a good performance and show that we keep improving.”

In March, Gilles and Poirier clocked a personal best of 214.35 in Stockholm for bronze, their first medal in eight world championship appearances.

WATCH | Gilles, Poirier winner of the opening of the international season:

Carolane Soucisse, of Chateauguay, Que., And Shane Firus, of North Vancouver, BC, were fifth ahead of Haley Sales of Kelowna, BC, and Nikolas Wamsteeker of Langley, BC, sixth .

â€œWe are really happy with the free dance and we didn’t hold back,â€ said Lagha. â€œDuring the offseason we really worked on our skating skills and made the necessary changes to our programs.

Conrad Orzel of Woodbridge, Ont., Won in an all-Canadian event at the Pierrefonds Sportsplexe, registering 207.31 points to beat Bennet Toman of Brampton, Ont. (172.33) and Beres Clements of Gibson, BC (153.48).

Torontonian Conrad Orzel won the ISU Fall Classic international figure skating event with a total score of 207.31 after his free skate on Saturday in Pierrefonds, Que. 7:43

After landing two quads in Friday’s short program, Orzel, 21, was unable to perform them properly in the free skate while also falling on one of his triple axles.

â€œThere are some good things to take away from this competition despite a really bad long,â€ said Orzel, sixth at that event in 2019. â€œThere’s no way to sugarcoat it, it wasn’t what I had shown in training. But it helps me re-evaluate how I should prepare when I compete. “

WATCH | James and Radford discuss the first competition together:

Vanessa James and Eric Radford react to the first competition together