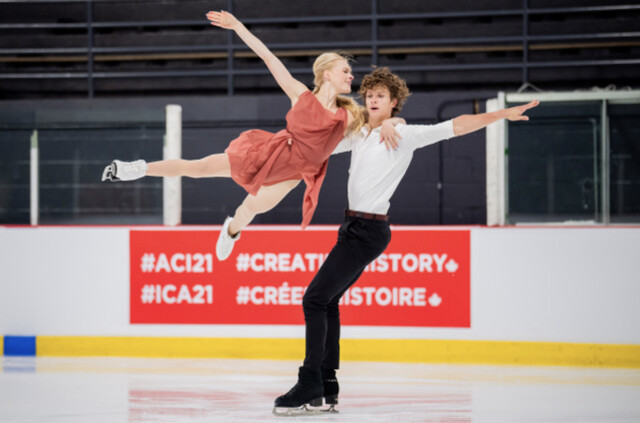 Haley Sales and Nik Wamsteeker made their competitive debuts this season in Pierrefonds, Que., Against top teams from Canada, the United States and Spain. Sales and Wamsteeker finished 6th in the short dance and free dance segments, which earned them a 6th place overall, with a total score of 155.89 points.

â€œWe’re at a pretty early stage in developing our new skating and our programs this season,â€ said Wamsteeker. “ACI has been a great starting point and an eye opener on where we need to focus ahead of this Olympic season.”

This summer, Sales and Wamsteeker moved to London, Ont., To be coached by Scott Moir. With his partner Tessa Virtue, he won numerous titles including three world championships and two Olympic championships.

â€œWe are allowing ourselves to become vulnerable this year and grow in this new style of skating as we strive to move forward,â€ added Sales. â€œWe are very proud of how far we have come in such a short period of time and can’t wait to see where this next chapter goes. “

The 24-year-old Sales has a long history with the club, where she developed as a singles skater all the way to the national level, highlighted with a bronze medal as a novice competitor at the Canadian Championships. She has two younger sisters who continue to train locally and compete nationally.

Prior to the Fall Classic, Sales and Wamsteeker spent a week in Kelowna, training and interacting with local skaters.

â€œIt was amazing to see them working with our skaters of all skill levels,â€ said manager Jason Mongrain. â€œHaley and Nik have so much experience, representing Canada, training abroad and learning from exceptional coaches. It was so great to see them pass some of that on to our younger generation. “

The next step for the pair will be yet another international performance, this time with even higher stakes.

They were chosen to represent Canada at this year’s ISU Grand Prix Skate Canada event in Vancouver, October 29-31.