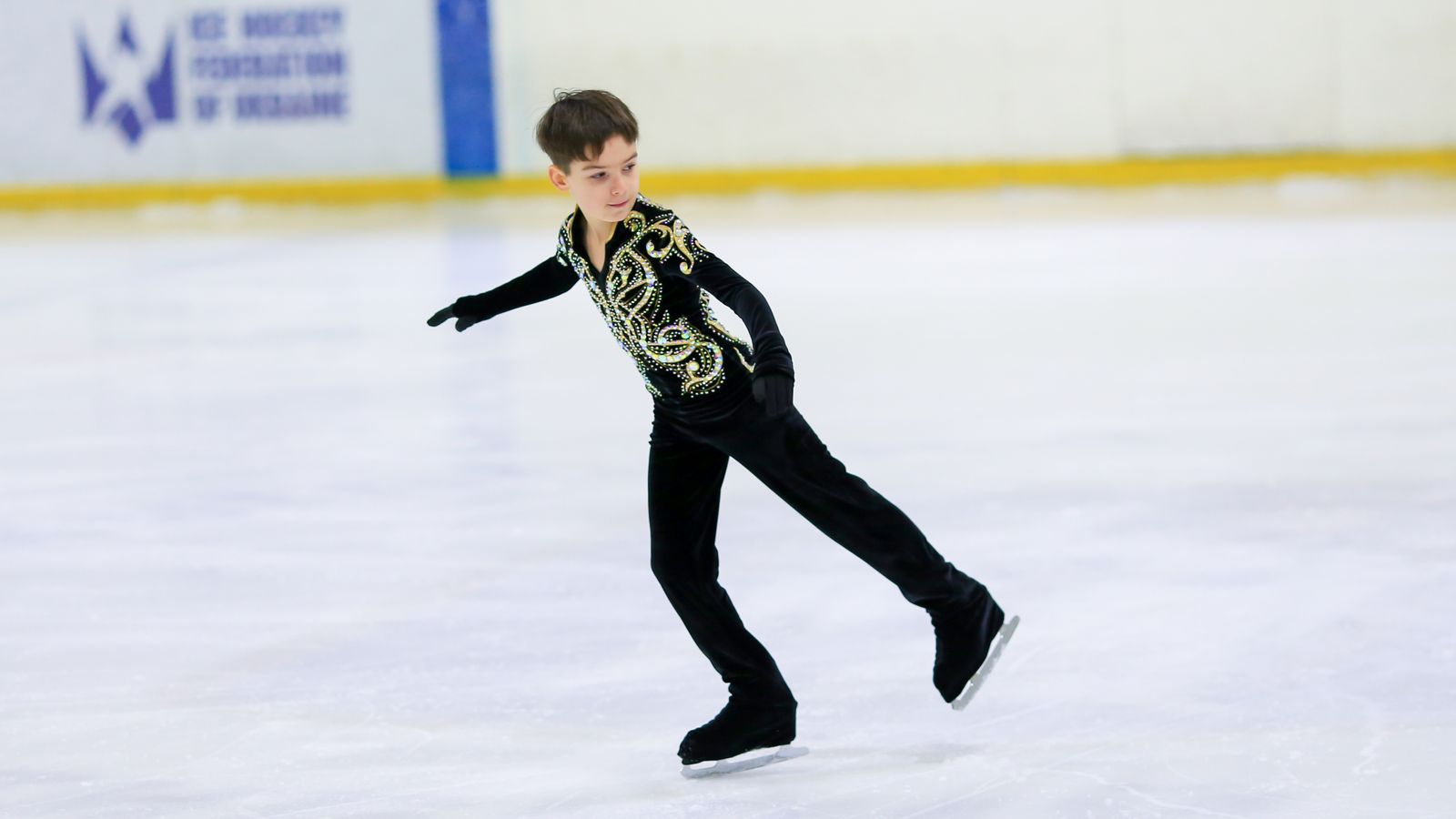 A seven-year-old Ukrainian figure skater who now lives in Bristol after fleeing the war is looking for a new coach to help him maintain his training regimen.

Gosha Mandziuk, who competed nationally and was also on an ice hockey team, was unable to skate for three months.

As Gosha took to the ice for the first time since joining his foster family, his mother Iryna told Sky News that figure skating was a big part of his life at home.

She said: “The biggest passion of all our life in our family – especially Gosha – is figure skating. He loves competitions, medals and the whole process – just skating!

“It makes me sad that I can’t fix it. My task is not to lose [his] skills at all.

“It’s a precise and difficult sport and you have to train for several hours every day – so I want to come back with something.”

Before the war, Gosha trained six days a week in Ukraineget up at 5am.

Now settled with a family in Bristol, he and his mother are looking for a new coach and a place to train – but the cost is considerably higher in the UK.

“Now it’s at least five times more expensive and it’s not affordable at the moment. I need support to continue training for him, a real training process. Without a coach, we can’t do.”

She added: “It frustrates me a lot. It upsets me and makes me angry. We will continue but it’s already three months of war. We have to continue as soon as possible because we are losing skills. You have to train and have the capacity .”

Gosha and Iryna arrived in the UK last month and live with Caroline Drugan and her family.

“She [Iryna] told me that her husband was returning to kyiv – a perilous trip on a train without lights so as not to draw attention to the Russians there was a moving train, because they were bombing trains.

“He did this overnight, went to their flat, got his skates and outfit and had to do the trip in reverse and I thought wow – those skates must be very important to this family!”

She added: “If he could get on the ice it would be the only thing he could have from home that he could have here and I think it would be so positive for him to be able to continue playing the sport. that he loves and he is good at.”

Gosha hopes to find a trainer in Bristol and continue training until he and his family can finally return to Ukraine.