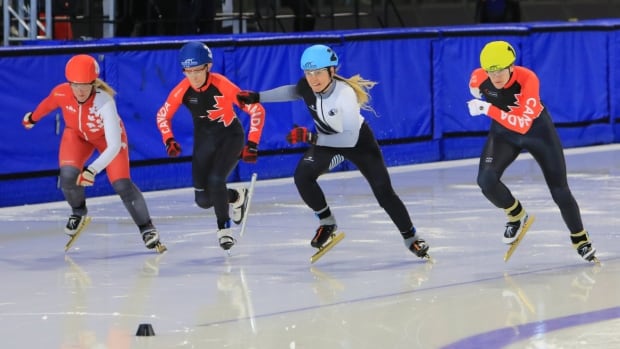 Alison Anderson thought she was done with speed skating.

But when she went to enroll her daughter in the sport she participated in as a teenager, the people at the Whitehorse Rapids Speed ​​Skating Club told her she should come skate too.

“I just fell in love with it all again,” she said.

“It was my goal to set world records and achieve that goal. It’s so awesome,” she said.

When Anderson returned to the sport – she retired at the age of 18 – she said she could barely stand on the new skates.

“I could barely go around a lap on these skates. I felt like I was clinging to the boards,” she said, “[and] I was pretty good when I was 18.”

At first she thought there was something wrong with the blades, but there wasn’t.

“They were fine. It’s just that the blades are so different,” she explained, adding that she also played hockey for a few years.

It took him “a good season” to get used to the new speed skates. After that, she was able to work on her conditioning and technique.

“I actually improved my times from when I was 18, which I’m so proud of, because obviously I was in really good shape,” she said.

Defend or improve your records

Anderson intends to defend and try to improve his records in the 30-34 age category by competing again next year – his last year in this age category.

“And after that I will move on to the next age class and there will be World Masters Games in Italy, which is a multi-sport event like the Olympics,” she said.

“And so I hope to go out there and set the new world record in the next era.”