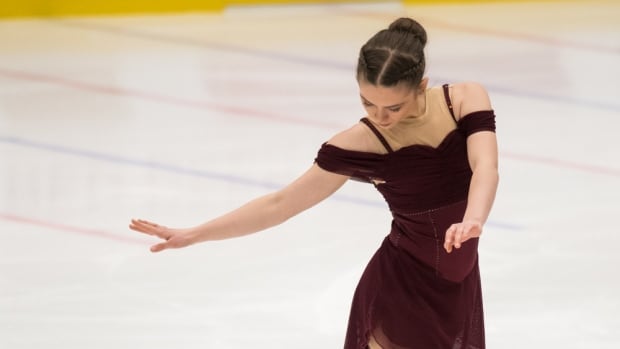 Yukon skater “delighted” to join the Disney On Ice ensemble

Mikayla Kramer knows a thing or two about ice cream, and not just because she comes from the Yukon.

The 18-year-old from Whitehorse has spent much of her life on skates. She has been practicing figure skating since the age of three.

Now, she’s about to skate in a whole new scene, as a cast member with Disney On Ice.

â€œItâ€™s amazing. Iâ€™m so thrilled and excited,â€ she said. “I grew up watching Disney, so I love telling their stories.”

Kramer said her goal has long been to be a part of a touring ice show, but didn’t think it would be the year. Then she decided to take a break from competitive skating and sent in a resume and audition tape.

“I was like, might as well apply. And if I get in, then I get in. And if not, I’ll try again next year,” she recalled.

She’s in, and now she’s getting ready to travel to Oklahoma next month to start training and rehearsals.

Kramer says she will be a part of the whole show.

“So I’m kind of like the background skaters, supporting the main characters.”

She will also be a potential understudy for one of the most important roles.

The show will eventually tour across the United States, and Kramer says she’s thrilled to be traveling again after a few years of not going anywhere.

She knows training will be hard work and a â€œwhole new different ball gameâ€ from what she is used to as a competitive skater.

â€œMy feet are definitely going to be sore because you’re on your feet eight hours a day and in tight boots. But it will be a very unique experience,â€ she said.

â€œFigure skating is a very independent sport, and it’s a whole different new area of â€‹â€‹skating. It’s team driven, and I can’t wait to be part of a team.â€